Home Politics Middle East Assad Among the People in Damascus 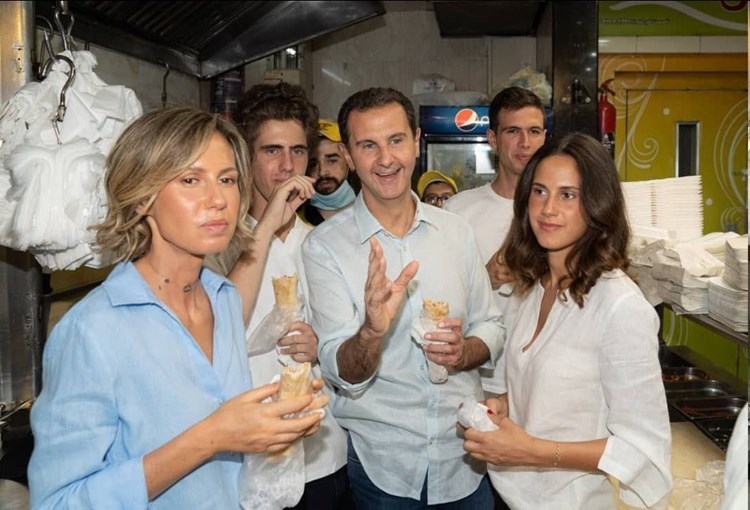 The Syrian president arrived in the Al-Midan neighborhood alongside his wife, Asmaa, and their children, to tour the place.

Al-Assad arrived in a locally manufactured car at the square crowded with people, where he ate “shawarma” sandwiches before the holy Eid al-Adha.

The Syrian president was sworn in for a new term yesterday, Saturday, before the members of the People’s Assembly, where he called “on all those who were deceived, to return, because your homeland is your refuge and your haven.”