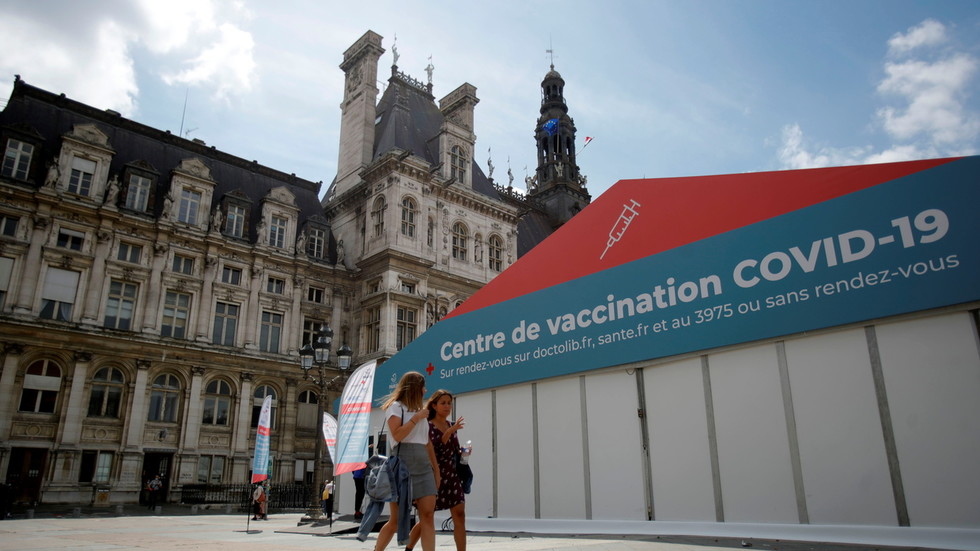 French President Emmanuel Macron has lost some popularity among young people after his government announced new rules about health passes and mandatory vaccination for health workers.

Macron’s approval went down by 13 points among people aged 18-24, a poll by IFOP public opinion agency for Le Journal du Dimanche (JDD) newspaper showed. The president’s disapproval rating in this group stands at 51%.

The number of those who don’t approve of the president’s policies grew by seven points among people aged 25-34 and 35-49, reaching 68% and 66%, respectively.

At the same time, Macron gained six points in favorability among retirees and three points among those older than 65. In these groups, his approval stands at 47% and 46%, respectively.

“He is gaining in groups of [the] population, whose vaccination [level] is above average,” IFOP general director, Frederic Dabi, told JDD. The paper noted that only 29% of people aged 18-24 are fully vaccinated, as opposed to 79% of those aged over 65.

Dabi said the survey uncovered “polarization, even an extremization of discontent” over the country’s vaccination program. Respondents equated the idea of a health pass, pushed by Macron, with “mandatory vaccination in disguise” and “the loss of freedom,” he said.

Starting from July 21, a health pass will be required to enter leisure and cultural venues where there are more than 50 people. From the beginning of August, people must show a health pass to dine in cafes and restaurants, and shop at malls.

This week, Macron announced that all health workers have to be vaccinated by September 15.

The new regulations were met with some pushback from the public. Opponents of the mandatory measures held protests in Paris and other cities on Saturday.

Over 55% of people have been fully vaccinated in France, according to the government. A government spokesperson, Gabriel Attal, denounced “the capricious and defeatist fringe minority, which would be happy to remain in chaos and inactivity.”

Attal told Le Parisien newspaper on Saturday, “We must be clear: from now on it’s either general vaccination, or a viral tsunami. There is no alternative.”