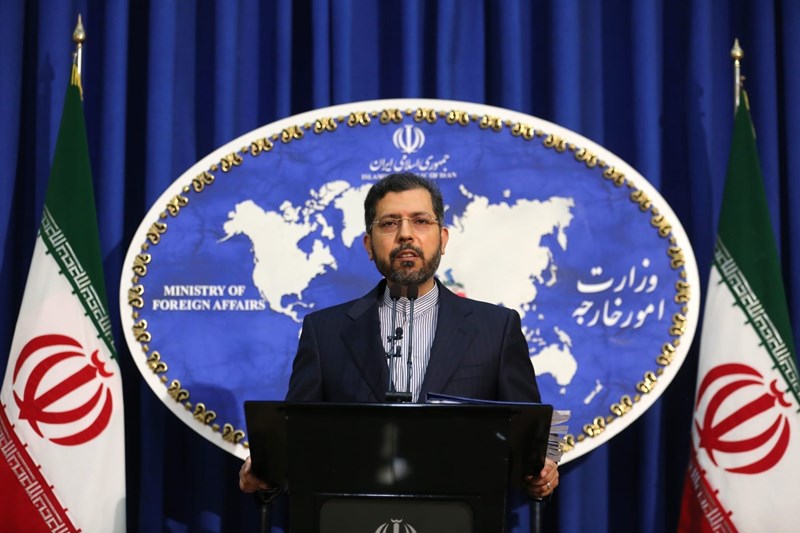 Tehran Ready to Implement Prisoner Exchange Agreement with US, UK

Khatibzadeh tweeted, “Humanitarian swap was agreed with US & UK in Vienna-separate from JCPOA (the Joint Comprehensive Plan of Action)- on the release of 10 prisoners on all sides. Iran is ready to proceed TODAY”.

In his tweet, he added, “Outrageous= the US denying the simple fact that there IS an agreed deal on the matter of the detainees. Even on how to announce it.”

“Outrageous”=the US denying simple fact that “there IS an agreed deal on the matter of the detainees.” Even on how to announce it.

Humanitarian swap was agreed with US & UK in Vienna-separate from JCPOA- on release of 10 prisoners on all sides.

Iran is ready to proceed TODAY.

Iranian Government Spokesperson Ali Rabii stated that “talks are ongoing to free Iranian prisoners within the framework of Iran’s interests, and results will be later announced.”

Earlier on Saturday, Iran’s top nuclear negotiator, Abbas Araqchi, tweeted that the US and UK must stop linking a humanitarian exchange with the nuclear talks.

The talks aim to revive a 2015 deal between Iran and six major powers that curbed Tehran’s nuclear program in exchange for a lifting of sanctions until Washington abandoned the deal in 2018 and reimposed sanctions on Iran.

Araqchi said the seventh round of indirect talks between Tehran and Washington would not resume until Iran’s president-elect, Ebrahim Raisi, takes office in early August.

And the Deputy Foreign Minister said that “ten prisoners from all sides can be released tomorrow, Monday, if the United States and Britain fulfill their obligations in the agreement.”

For its part, the US State Department accused, in a statement, Tehran of evading responsibility for the deadlock in the Vienna nuclear talks. It also denied reaching any agreement on the exchange of prisoners.

The State Department spokesman added, “We had been engaged in indirect talks on the detainees in the context of the Vienna process, and the delay in restarting that process is not helping.”

He continued, “While it would be more effective to make progress if we were meeting in Vienna, we are also prepared to continue with talks on detainees during this period.”