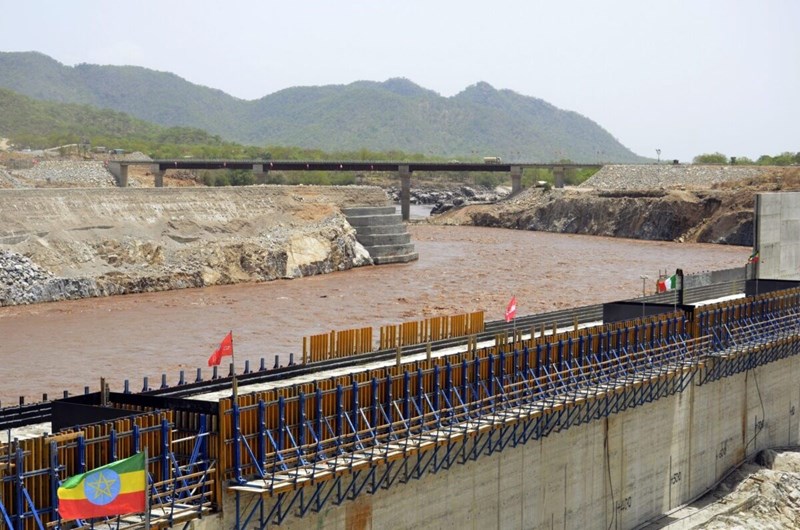 Ethiopian media announced today, Monday, completing the second filling phase of the “Renaissance Dam” that Ethiopia is building on the Blue Nile.

The Ethiopian Broadcasting Corporation stated that the second filling would be completed within minutes after the Nile water level reaches the height of the dam’s middle passage.

Last week, the UN Security Council held a session to discuss the crisis of the Renaissance Dam between Ethiopia, Egypt, and Sudan but has not issued a decision or recommendation.

The session came after Ethiopia officially notified Egypt and Sudan to start the second filling of the Renaissance Dam reservoir that both countries considered a violation of international laws and customs and a violation of the 2015 Agreement of Principles.

However, the Sudanese Prime Minister, Abdullah Hamdok, considered that presenting the Renaissance Dam file to the UN Security Council does not mean abandoning the African role, but instead an appreciation of international support for the solution.

Egyptian President Abdel Fattah al-Sisi said that “Egypt’s security is off-limits,” stressing that his country has “political and military tools that enable it to protect its capabilities and enforce its will,” referring to the Renaissance Dam crisis with Ethiopia.

Ethiopia began constructing the Renaissance Dam in 2011 to generate electricity; Despite the signing of a Declaration of Principles, which stipulates the commitment of the three countries to reach an agreement on filling and operating the dam. However, the negotiations did not settle any agreement.

Egypt views the project as a grave threat to its Nile water supplies, which amount to 55.5 billion cubic meters annually, on which it is almost entirely dependent. Sudan has also expressed concern about the dam’s safety and the effect on its own dams and water stations.