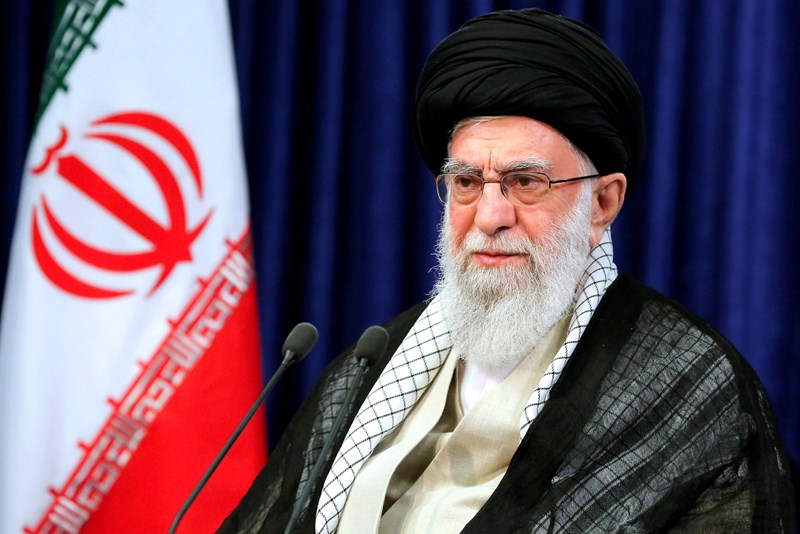 Iranian Leader Sayyed Ali Khamenei said that “the US and its cohorts are sensitive about the word resistance and have decided to show all kinds of hostility to the Islamic Resistance Front. Some regional governments’ cooperation with them is a bitter reality that strengthens those malicious acts as well.”

Khamenei made his remarks in a message on the occasion of the commencement of the Hajj rituals, adding that “the US propaganda efforts to distort the will, demands, and actions of the courageous youth and forces of the Resistance in Syria, Lebanon, and other countries and to attribute them to Iran or any other reference, is an insult to those valiant, vigilant youth and stems from US’s lack of proper understanding of regional nations.”

The Iranian Leader assured that “all that the Islamic Republic of Iran is saying that has caused the world of arrogance to become despondent and infuriated is actually an invitation to this kind of resistance”, adding that “this is a resistance in the face of the interference and evil of America”.

On the issue of Afghanistan, Khamenei called on “the vigilant Afghan nation to remain watchful concerning America’s tools for gathering intelligence and its soft-war weapons and to vigilantly fight them.”

It is worth noting that Afghanistan is experiencing an armed war between the “Taliban” Movement and the Afghan government. In just a few days, the Movement had taken control of significant swaths of Afghan land, particularly borderline areas.”