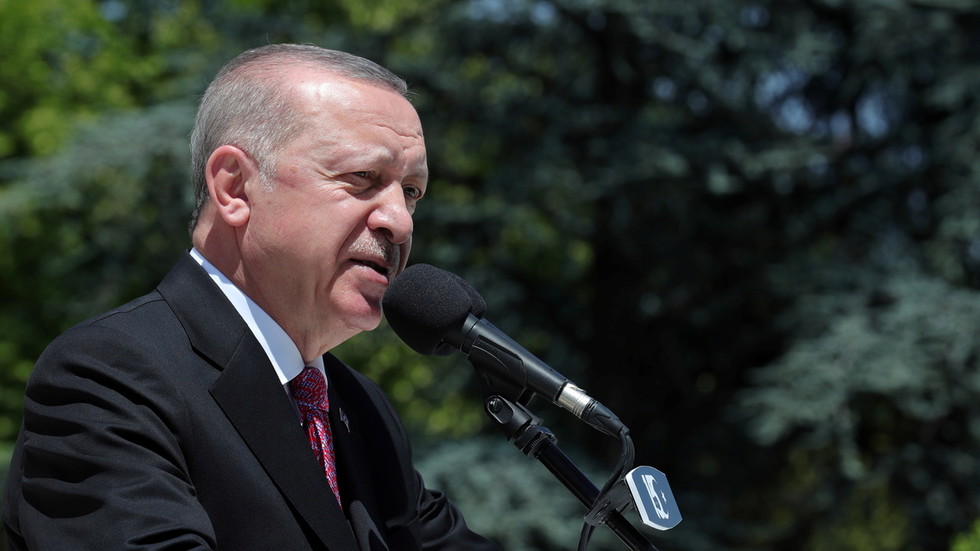 Turkish President Recep Tayyip Erdogan has called the Taliban takeover in Afghanistan an “occupation” that needs to stop, while brushing aside the militant movement’s warning about deployment of Turkish troops in Kabul.

“The Taliban should end the occupation of the soil of their brothers,” the Turkish leader said on Monday during a press conference. He said the approach taken by the movement was not how Muslims brothers should treat each other.

He also downplayed the Taliban’s negative reaction to the Turkish proposal to deploy additional troops to guard the Hamid Karzai International Airport in Kabul. The strategic piece of Afghan infrastructure serves as the main exit route for foreign troops withdrawing from Afghanistan.

Turkey, a NATO ally that has some military presence in Afghanistan but did not send any combat troops as part of the US-led mission, offered itself to provide security at the airport. The idea was condemned by the resurgent Afghan militant group, which called it “reprehensible” and warned that unless Ankara stops its “occupation,” it would be responsible for the consequences.

Speaking at the press conference on Monday, Erdogan said the Taliban didn’t say they didn’t want Turkish presence in the country, adding that Ankara and the Taliban may negotiate their differences.

The Taliban have strengthened their hold in Afghanistan amid the withdrawal of foreign troops from the country. The Islamist fighters seized several key border crossings and have laid siege on some provincial capitals. Some observers believe that the movement will be able to take full control of the country. Peace talks between the group and the US-backed government in Kabul held last weekend in Doha were inconclusive, though the two sides agreed to continue the process.

Ankara is a major regional player that influenced, including through military means, several high-profile conflicts, including the wars in Syria and Libya. It offered its mediation for the Afghanistan situation too, though its recent successes on that front were lackluster.

An attempt to host an Afghan peace conference in Istanbul in April failed due to the Taliban’s refusal to attend before a full withdrawal of foreign troops. The event was postponed until after the holy Islam month of Ramadan, but the militant movement held its reservations about the invitation after it passed.