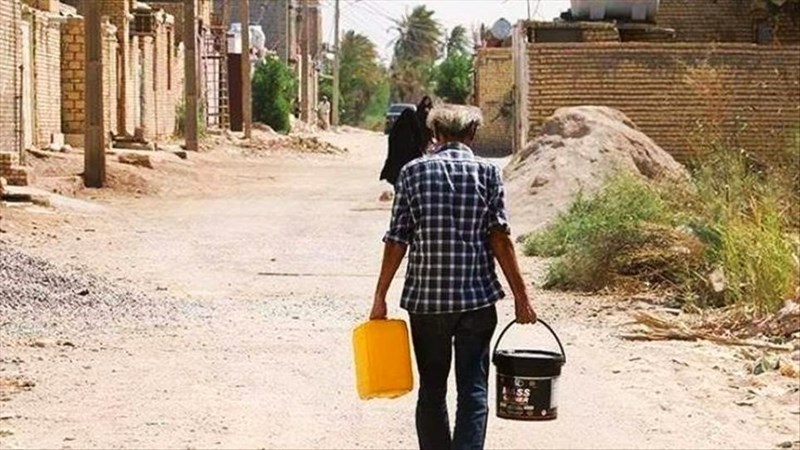 Maj. Salami is scheduled to tour several cities and villages to supervise the services provided to the population in light of the recent water crisis.

His visit will also include a tour of the water projects, implemented by the Revolutionary Guards and Mobilization Forces in the governorate.

In parallel, Iranian President Hassan Rouhani said that the intense heat has “led to the drying of the sources that feed the dams, causing problems for citizens as a result, with some of these problems having been reduced so far,” expressing his hope that “efforts will continue to resolve these problems according to directives of the Leader of the Islamic Revolution.”

Iranian Vice President Eshaq Jahangiri, who visited Khuzestan recently, declared that the government “is making every effort to solve the problems of the Province.”

Jahangiri stressed that the people of the province “made sacrifices during the eight-year war, and today it is necessary to act dutifully towards them.”

He pointed out that the government “stands with the people of the province in making efforts and developing the necessary plans to find solutions.”

On Friday, Iranian Leader Ali Khamenei said that the water problem in the Khuzestan province constituted “one of the painful and fundamental concerns during the recent period,” and urged officials to follow up on the problems and work to solve them.

The oil-rich Khuzestan province is witnessing protests against the backdrop of water shortages, resulting in the death of 3 people, including a policeman, according to Iranian media.