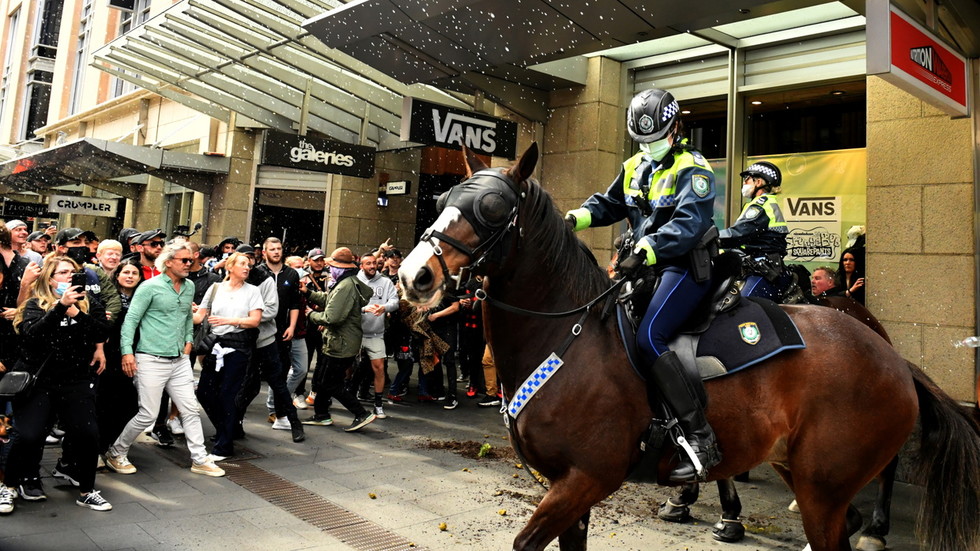 Australian police have already issued hundreds of fines in the wake of mass anti-lockdown rallies, and are looking for more info about the violators, as state leaders condemn protesters for endangering other people’s lives.

In just 24 hours after Saturday’s mass protest, police in New South Wales issued 510 penalty infringement notices, Deputy Commissioner Gary Worboys said, according to the Sydney Morning Herald. He vowed that the authorities will continue to investigate the acts of “violent, filthy, risky” behavior.

A strike force is set up right at this moment that continues to ask for people to bring forward any video files or telephone footage that they have of that sort of behaviour.

NSW Police Minister David Elliott earlier announced that at least 22 veteran detectives will be working as part of a special unit to identify and track down people who attended the rallies.

State Premier Gladys Berejiklian echoed these sentiments, saying she was “absolutely disgusted” by the mass gatherings, and urging anyone who recognized any of the activists to contact police immediately.

I’m just so utterly disgusted, disappointed and heartbroken that people don’t consider the safety and wellbeing of their fellow citizens.

NSW reported two deaths and 141 new cases of Covid-19 on Sunday, which is slightly lower than the day before. Authorities, however, have hinted that as the protest risks turning into a superspreader event, the month-long lockdown in Sydney might be extended even further.

“We don’t want a setback, and yesterday could have been a setback – time will tell,” Berejiklian said. The state’s current lockdown rules bar residents from leaving home except to obtain food and other “essential” goods and services, for medical care, including vaccinations, and for outdoor exercise and “essential” work.

The state of Victoria in the meantime recorded only 11 new cases, but Premier Daniel Andrews blasted the protesters for putting “many other people in real danger,” and said that he could not rule out that the state’s own lockdown will also be extended.

We can’t vaccinate against selfishness, and these people should be ashamed, absolutely ashamed, it’s just wrong.

Since the pandemic began, Australia has repeatedly staved off the spread of Covid-19 with some of the world’s most draconian lockdown measures, in pursuit of driving new cases down to zero even at the expense of civil liberties. Over the course of the pandemic, the country recorded just over 32,700 cases and 916 total deaths.

On Saturday, thousands of people sickened by perpetual restrictions and confinement marched through major Australian cities, chanting “Freedom!” and clashing with police who were deployed to disperse these “illegal gatherings.” 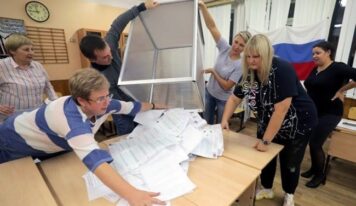