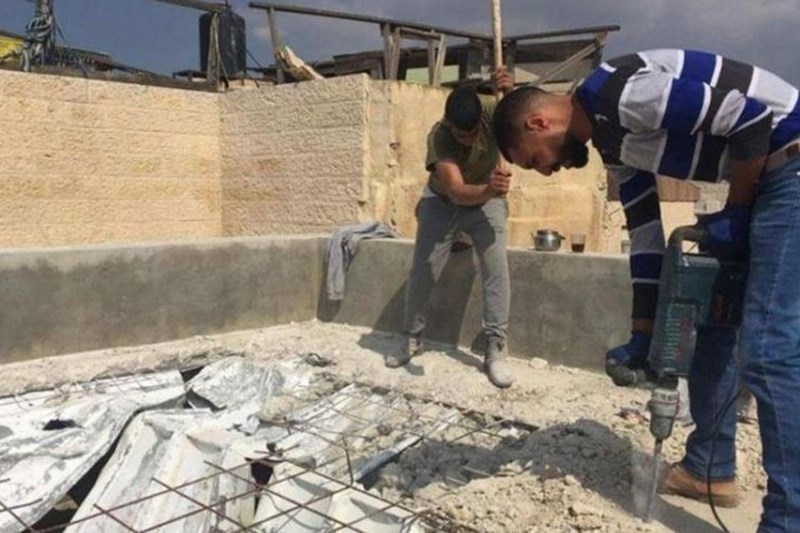 Palestinian citizen Ali Khalil Shquairat was forced to self demolish his home by a municipal decision under the pretext of “unpermitted construction.”

In a related context, scores of settlers stormed Al-Aqsa Mosque from the direction of Morocco Gate under the protection of the Israeli occupation forces.

The perpetrators went near Bab al-Rahma and performed rituals under the protection of Israeli occupation cops. They also performed provocative tours inside Al-Aqsa’s yards.

Additionally, 3 Palestinians were wounded Saturday after the Israeli occupation forces shot at them in an attempt at suppressing an anti-settlement march.

The march took place after settlers seized land in the east of Tubas, West Bank, in an attempt to establish a settlement outpost in the area.