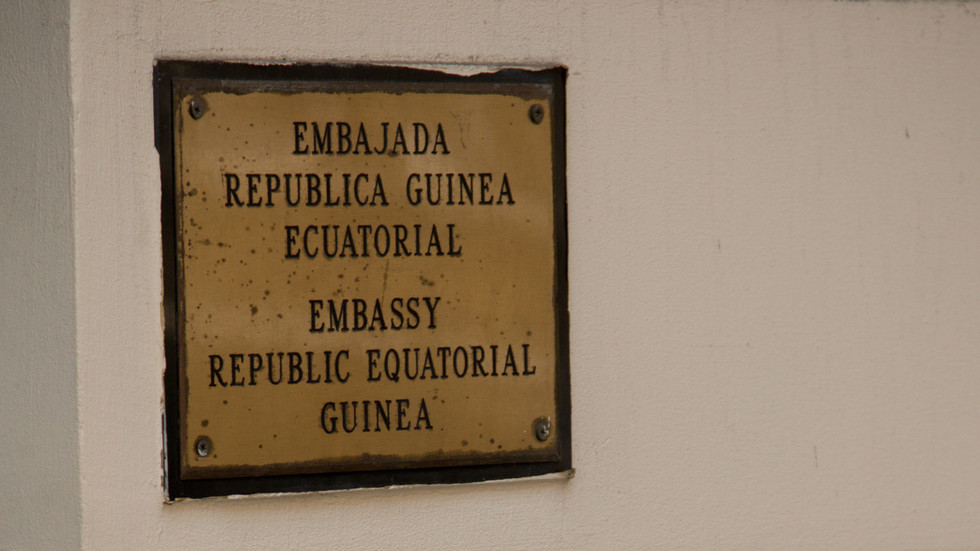 The African nation of Equatorial Guinea slammed the UK for interfering in its domestic affairs, as it announced the “total closure” of its embassy in London in response to UK sanctions on the son of the country’s president.

The move, announced by the country’s foreign minister, Simeon Oyon Esono, followed the UK’s decision on Thursday to slap the president’s son, who serves as Vice president, with sanctions.

The UK Foreign Office claims that Teodoro Obiang Mangue reportedly spent $500 million on properties, cars and other items, as part of a jet-setting lifestyle fuelled by corrupt behavior and the soliciting of bribes.

In response, Equatorial Guinea called the sanctions “unilateral and illegal,” aimed at “fomenting against the good image” of the country.

Calling Britain’s actions a breach of “the principle of international law,” the country’s FM declared that Equatorial Guinea would be shutting its embassy in London as it will not accept “interference into the country’s internal affairs.”

Simeon Oyon Esono did not specify a timeframe for the closure of the embassy, that he called the “first decision” that’s being taken in retaliation.

In a separate case, a French court handed Obiang a three-year suspended sentence in February 2020, ordering the confiscation of his assets in the country and giving him a €30 million ($25.64 million) fine following a corruption investigation. A final ruling on the case by the Court of Cassation is expected on Wednesday.