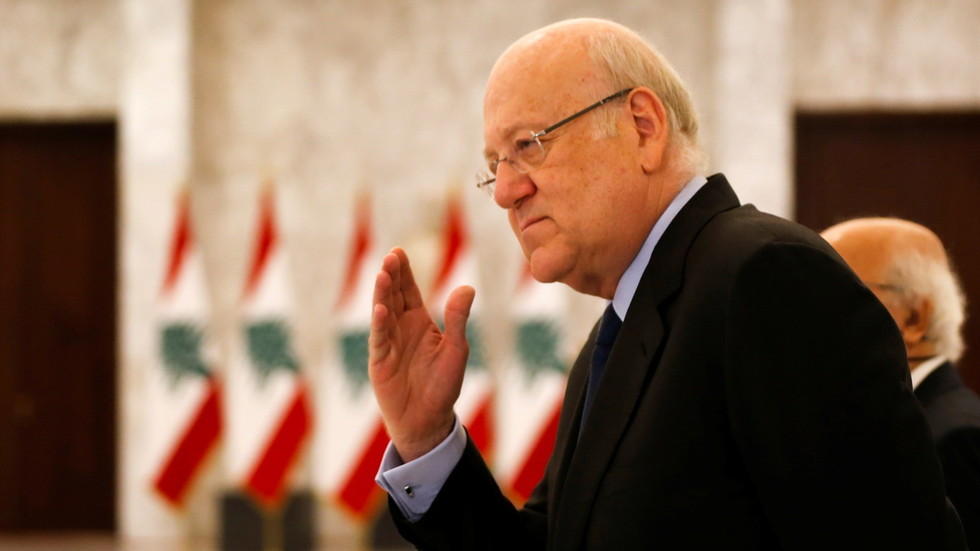 Lebanon’s new prime minister designate, Najib Mikati, has secured enough votes to form a government and implement a French-devised plan aimed at saving the country from its financial crisis after months of political deadlock.

On Monday, businessman Mikati, a two-time former PM, received the support of the Lebanese groups Hezbollah and Amal among others, securing enough votes to form a government following parliamentary consultation.

Mikati, who does not hail from a political bloc, was appointed PM by President Michel Aoun after securing a majority of 72 votes from the 118 members of parliament.

“I don’t have a magic wand and can’t perform miracles… but I have studied the situation for a while and have international guarantees,” Mikati said after the vote.

The new PM has vowed to implement a French plan which involves putting together a government of specialists to push through enough reforms to attract foreign aid and ease the country’s economic plight. Mikati will now need to form a cabinet from the country’s squabbling political factions.

The billionaire businessman previously served as PM for a brief period in 2005, and again from 2011 to 2013.

In 2019, corruption charges were filed against him, alleging illicit gains from a subsidised housing loan scheme. Mikati denied any wrongdoing and said the charges were politically motivated. The charges were dropped in May 2021 when the public prosecutor overseeing the charges was removed from office, which the International Commission of Jurists labeled an “attack” on the judiciary.

Monday’s news comes amid several months of terse political deadlock in Lebanon. Last week, Saad Hariri gave up trying to form a government after eight months of negotiating. The country is suffering from its worst economic woes since the 1975-1990 civil war with crippling economic conditions, public distrust in political leaders and a run on the Lebanese pound.

Hariri himself had been tasked with forming a government on October 22, 2020, after predecessor Hassan Diab’s August 10 resignation following the devastating explosion in the Port of Beirut. Many in Lebanon have blamed the blast on government negligence.