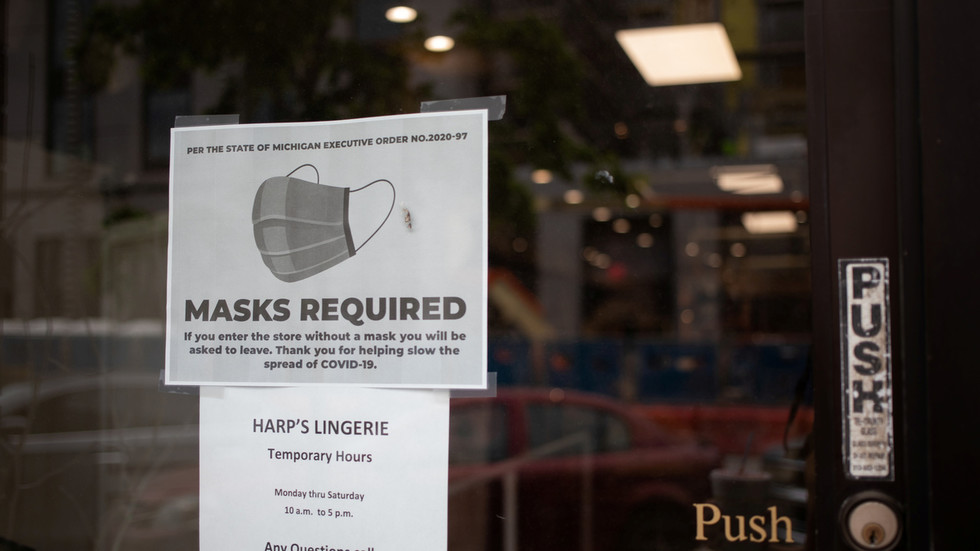 The CDC will reportedly ask some fully vaccinated Americans to once again wear face masks in certain indoor settings. The decision, made amid a surge in Covid-19 cases, dramatically reverses the organization’s earlier guidance.

Two months ago, the US Centers for Disease Control and Prevention cleared fully vaccinated Americans to return to indoor areas such as restaurants and work spaces without masks. Now, they’re ready to backpedal, according to media reports on Tuesday.

With the more transmissible Delta variant of the coronavirus infecting even the vaccinated, and with cases rising in areas with low inoculation rates, the CDC is expected to ask both vaccinated and unvaccinated people to mask up when dining indoors or entering other crowded spaces, multiple outlets reported on Tuesday.

The CDC’s guidance will likely be announced later on Tuesday afternoon, but its precise wording remains unclear. The masking guidance could be applied only to certain areas with high incidences of Covid-19, or to certain people. PBS reporter Yamiche Alcindor claimed, citing a White House source, that those living with unvaccinated children or immunocompromised people will be asked to mask in indoor public spaces.

The decision has been in the works for several days. White House health advisor Dr. Anthony Fauci told CNN on Sunday that such guidance was “under active consideration” by the CDC at the time.

Daily new cases of Covid-19 have nearly quadrupled in the US since June, according to data from the CDC. With the majority of cases reported among the unvaccinated, public officials and media commentators have pinned the blame on those hesitant to get jabbed.

“This is an issue predominantly among the unvaccinated, which is the reason why we’re out there, practically pleading with the unvaccinated people to go out and get vaccinated,” Fauci told CNN on Sunday, adding that the US is currently moving “in the wrong direction” with regard to stamping out Covid-19.

According to the CDC, some 69 percent of US adults have received at least one dose of a coronavirus vaccine. However, among those who haven’t yet got their shot, new polling shows that the vast majority have no intention of doing so. A return to indoor masking regardless of vaccination status will likely make selling these people on the shot an even more difficult proposition.