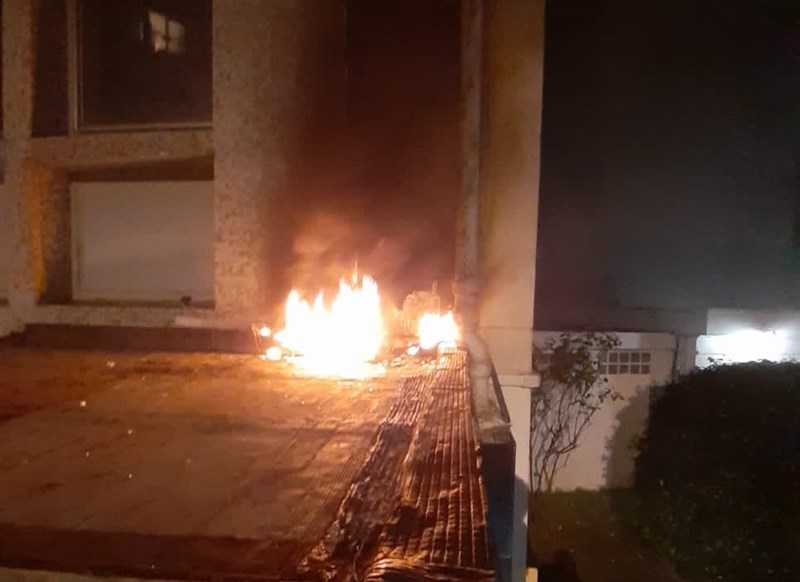 The Cuban Embassy in Paris reported on Tuesday that it was the target of an attack with petrol bombs overnight, which caused minor damage with no injuries among its staff.

Cuba’s Foreign Ministry condemned the attack at its Embassy in Paris.

“Those directly responsible for these acts are those who incite violence and hatred against our country,” the Embassy said in a statement.

On its part, the French Foreign Ministry condemned the attack on the Cuban Embassy and said that a judicial investigation has been launched to determine the perpetrators.

Simultaneously, French politician Jean-Luc Melenchon, leader of the La France Insoumise (“Unbowed France”) Party tweeted that the “incredible and hateful” actions were “a direct effect” of the “absurd campaigns of hate and the deadly boycott by the US” against Cuba.

Earlier, the Cuban Foreign Minister reported a cyber-attack on the Ministry’s servers and website amid a media campaign aimed at destabilizing and discrediting the government following the July 11 street riots.

In the meantime, Cuban President Miguel Diaz-Canel urged Cubans “to not act with hate” in response to a number of incidents that hit the country and accused the US of being responsible for the ongoing riots that are part of its attempt to end the Cuban revolution.