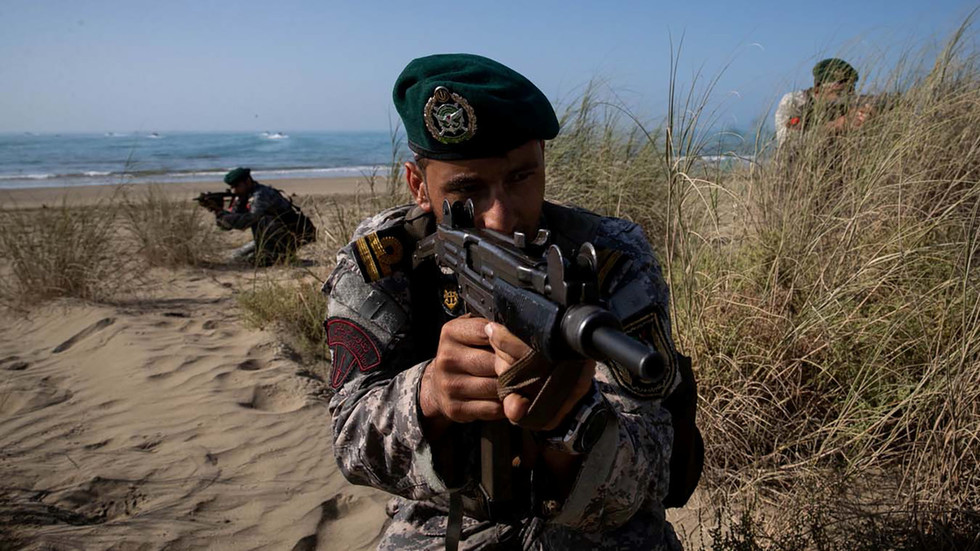 Members of an armed cell who allegedly worked with Israel’s Mossad spy agency and planned to provoke violence during protests in Iran have been detained, Tehran’s Intelligence Ministry has told local media.

The group, which allegedly had access to a heavy shipment of weapons and ammunition, was recently apprehended after entering Iran through its western border, an official from the ministry told the Fars news agency.

The official didn’t elaborate on the size of the unit or the nationality of those arrested, but they insisted that the suspects were acting in cooperation with Mossad, the Israeli spy agency.

The weapons seized from the alleged agents included pistols, grenades, rifles, shotguns, and ammo. The arms were being brought into Iran to be used during “urban riots and assassinations,” according to the ministry official.

The announcement comes after several weeks of demonstrations in Iran against water shortages in the southwest of the country, caused by severe drought. The unrest has resulted in at least five deaths among the protesters.

The Intelligence Ministry representative also claimed that Israel had been intending to carry out “acts of sabotage” during the Iranian presidential election in mid-June, which was won by hardline candidate Ebrahim Raisi. The country’s security forces prevented those activities, he added, and “dealt a blow to the Mossad terrorist network.”

He also thanked Iranians for their “constant vigilance,” while urging the public to remain wary of any “suspicious offers,” particularly if made online.

Tehran has long accused Israel intelligence of undertaking malign activities on Iranian territory in an attempt to undermine the country’s stability and derail its nuclear program.

The two blasts that rocked the Natanz nuclear site in April 2021 and July 2020, as well as the assassination of a top scientist in Iran’s nuclear program, Mohsen Fakhrizadeh, in November 2020, have been linked to Mossad by Iranian officials.

While the Israeli government has not claimed or denied responsibility for those incidents, recently retired Mossad chief Yossi Cohen implied last month that his agency could well have played a part in them.

In a bombshell TV interview, Cohen remarked that the Natanz facility didn’t “look like it used to” after the explosion crippled its centrifuges, and confirmed that Fakhrizadeh had been a target for intelligence-gathering by Mossad “for many years” because Israel was “most troubled” by his work