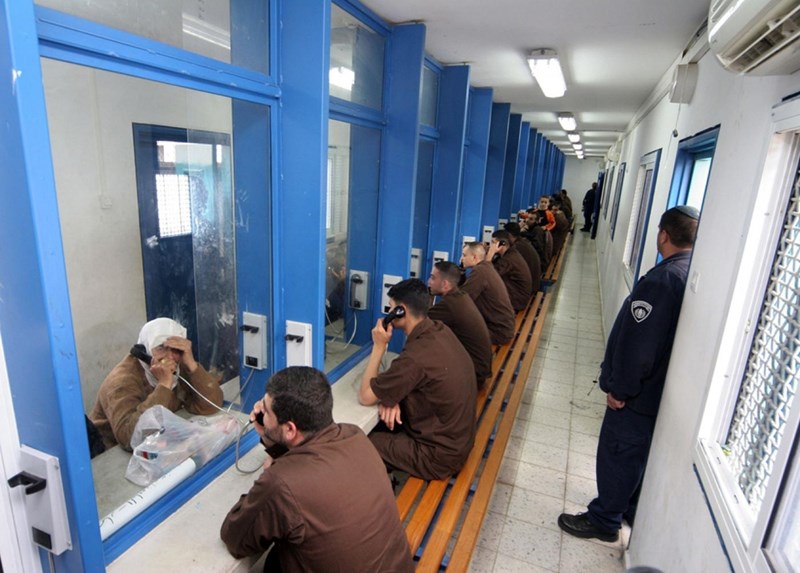 Fifteen Palestinian inmates continue their open hunger strike in the Israeli occupation prisons, affirming their rejection of the occupation authorities’ administrative detention policies, according to the Palestinian Prisoners Club

The Club also clarified that the protest was initiated 15 days ago by Al-Khalil prisoner Salem Salem Zaidat, and the two detainees, Muhammad Munir Omar and Mujahid Hamid are on their 13th day.

Moreover, the Club released a statement that the prisoners Mahmoud Al-Fusfous, Kayed Al-Fusfous, Raafat Al-Darawish, and Guevara Al-Namoura, declared a hunger strike 12 days ago, while the prisoner Maher Delaysha is on the seventh day of his strike.

It is worth noting that the prisoners on strike are languishing in the “Negev”, “Raymon”, and “Megiddo” prisons, knowing that the majority of them have spent years in the prisons of the Israeli occupation.

They further stated that “the majority of the administrative prisoners, whose number is roughly 540, are former prisoners who spent years in the occupation prisons.”

It is worth noting that the total number of prisoners inside the Israeli occupation prisons is roughly 6000.

They include women, children, and elderly people who live in extremely dire conditions devoid of the bare necessities of humanity. Moreover, these conditions are exacerbated by the continuous violations of the occupation against prisoners, particularly the sick, and by the abstinence from providing them with the necessary treatments required.