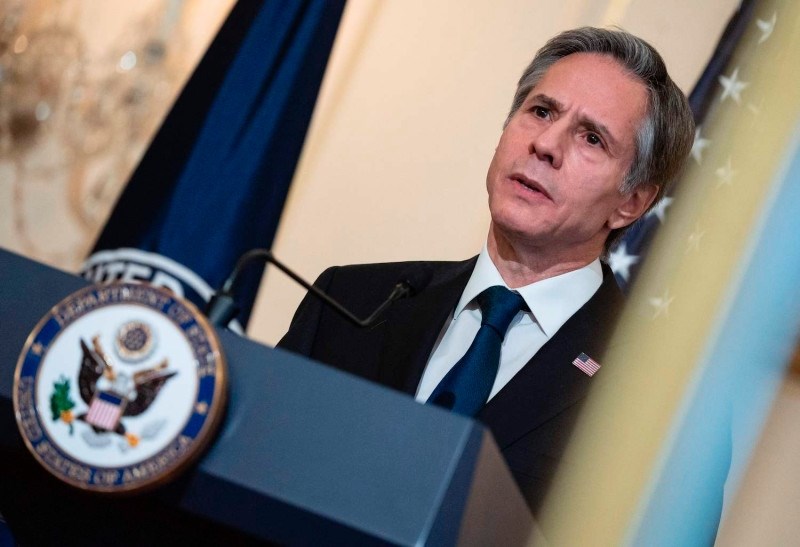 US Secretary of State Anthony Blinken warned that Afghanistan would become a “pariah state” if the “Taliban” Movement seized power by force and “committed atrocities against its people.”

During his visit to India today, Blinken said, during a press conference with his Indian counterpart, that “the reports talking about atrocities committed by the insurgents, during their attacks in the areas they controlled, are deeply troubling.”

He added, “The Taliban says that it seeks international recognition, that it wants international support for Afghanistan. Presumably, it wants its leaders to be able to travel freely in the world, sanctions lifted, etc… Yet the taking over of the country by force and abusing the rights of its people is not the path to achieve those objectives.”

On Tuesday, NATO Secretary-General Jens Stoltenberg stressed the need to reach a negotiated settlement with the Taliban in Afghanistan, stressing, after speaking to the Afghan President Ashraf Ghani, that the security situation is extremely challenging.

The position of the US Secretary of State coincides with the visit of a delegation from the Taliban to Beijing to hold talks with Chinese officials and diplomats.

The US concerns come due to the rapid expansion of the Taliban movement on vast areas in Afghanistan, which is also raising the fears of the neighboring countries, at a time when the final withdrawal of the international forces is nearing its end after two decades of occupation.

Earlier this month, the Movement had claimed that it had taken control of 90% of Afghanistan’s general borders with the neighboring countries, but the Afghan government denied these allegations.