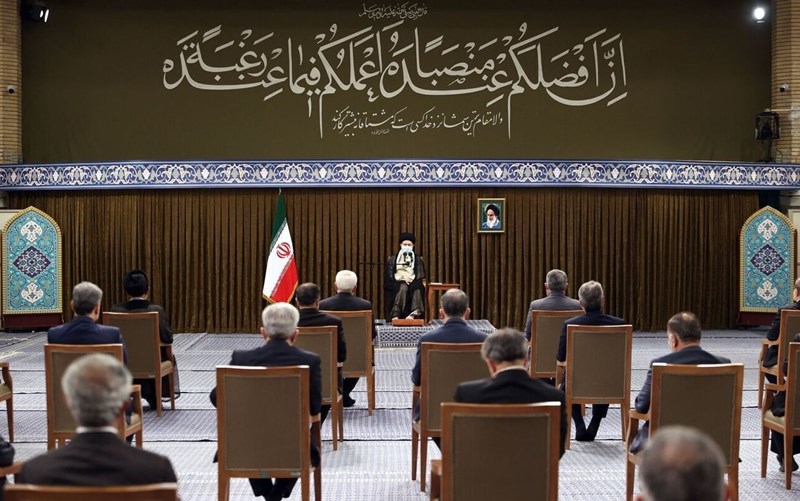 On the occasion of the completion of his presidential responsibilities, Ayatollah Khamenei welcomed President Hassan Rouhani as well as members of the Council of Ministers at Imam Khomeini’s Hosseiniya on Wednesday.

Khamenei directed a remark towards the West: “They don’t help and they strike a blow wherever they can. When they didn’t, it was because they couldn’t.”

He also regarded that the experience of the previous administrations are “very important,” assuring: “Administrations should utterly avoid tying their plans to negotiations with the West, for they’ll certainly fail.”

He added: “This administration too, wherever it relied on negotiations with the West & the US, they were unsuccessful, and when they relied on domestic potential, they succeeded.”

This is consistent with the words of Mohsen Dahnavi, a member of the Presidency of the Iranian Shura Council, who confirmed that “The elected president, Ibrahim Raisi, will present his government cabinet on August 5 to the Shura Council, given the current conditions and the importance of efficiently maintaining stability in the country.”

Dahnavi noted, “My chief will also take an oath tomorrow, Thursday, and the swearing-in ceremony will be held in the presence of international guests from 50 countries at five in the afternoon, while maintaining necessary health protocols in light of the Coronavirus pandemic.”