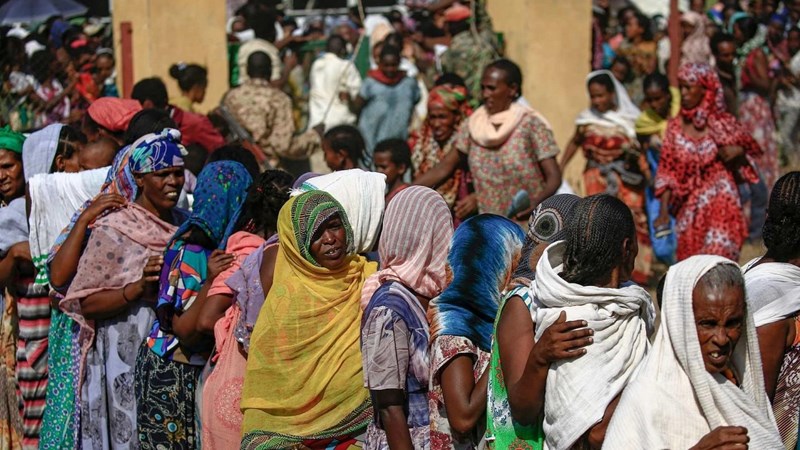 According to the Sudanese authorities, Ethiopian refugees continue to arrive in Sudan due to the ongoing conflict in the Tigray region. They expect five thousand refugees to arrive within the next 48 hours.

A Sudanese government official speaking to AFP by phone call disclosed that 5,000 asylum seekers were expected to arrive within 48 hours at a refugee reception center in the town of Hamdayit in the eastern state of Kassala.

The official added that the movement of Ethiopians crossing the border may be limited due to heavy rains and the flooding of the Stet River which separates the two countries. He also noted that three refugees drowned Tuesday while attempting to cross.

The northern Tigray region has been involved in military conflict since November 4. The Tigray government and the “Tigray People’s Liberation Front” have been at war since the Ethiopian Prime Minister Abiy Ahmed launched an attack on the region, accusing the TPLF of attacking federal army camps.

According to a Sudanese government report on Monday, three thousand people crossed the Ethiopian border to the village of Taya in Basanda, explaining that the asylum seekers belong to the Komnet tribe. The tribe lives in rural areas near the city of Gondar in the Amhara region, which borders Tigray.

The Basanda territory in Gedaref state in eastern Sudan is located inside the disputed Al-Fashqa agricultural area bordering Sudan and Ethiopia. The Sudanese army redeployed their forces there, last November.

Due to the Al-Fashqa conflict, the relationship between Adis Ababa and Khartoum has been disturbed in the previous months with the two sides exchanging allegations of violence and violation of the sanctity of the region.

On Tuesday, Doctors Without Borders warned of the spread of the hepatitis virus between Ethiopian refugee camps in Kassala and Gedaref states in eastern Sudan.

DWB contended, “In the past few weeks, the medical teams of Doctors Without Borders received medical teams in Um Rakouba camp in Gedaref,” adding that the camp “currently records 15 cases of hepatitis E every day.”