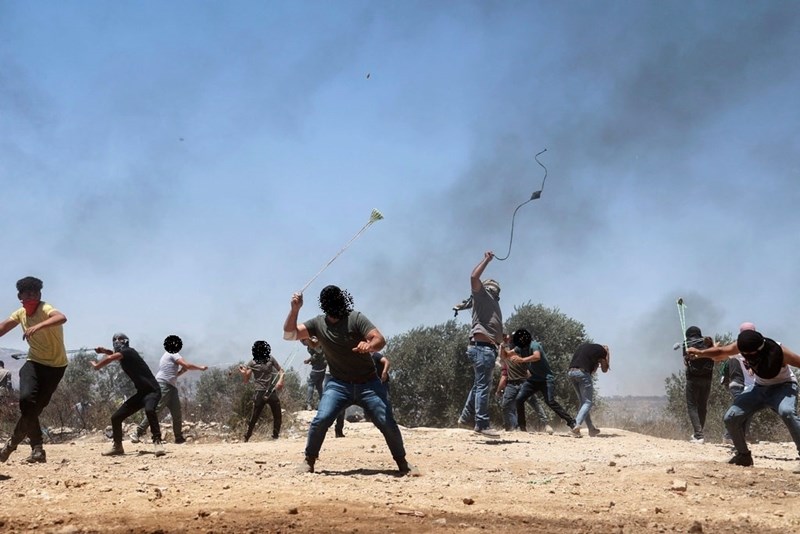 The occupation forces opened fire on Palestinian civilians during confrontations in Nablus on Wednesday night.

The Palestinian Red Crescent announced that 8 Palestinian civilians were shot and scores suffocating due to tear gas.

The occupation soldiers physically assaulted a young Palestinian man during the confrontations on Mount Sabih, Beita.

For the past few months, Beita has been witnessing daily clashes between Palestinians and the Israeli occupation forces as part of the protests against the establishment of “Givat Eviatar,” an Israeli settlement outpost on the mountain.

Yesterday, Shady Sleem, a 41-year-old Palestinian man, was martyred at the hands of the occupation forces after they shot him in Beita.

Sleem was martyred near Beita, a West Bank village after Israeli occupation soldiers shot at him during clashes that took place between them and several Palestinians, according to the Palestinian Ministry of Health.

The Palestine News Agency, also known as WAFA, said: “The Israeli occupation forces gunned Sleem down while he was near the village’s road junction, which led to his martyrdom.”

“The occupation forces kept the martyr’s body, and they transported him in an Israeli ambulance amid a widespread deployment of occupation soldiers in the area,” the agency added.

Eyewitnesses reported that civilians took Alami to Al-Ahli Hospital in Al-Khalil after he was shot; however, he was pronounced dead on Wednesday night.