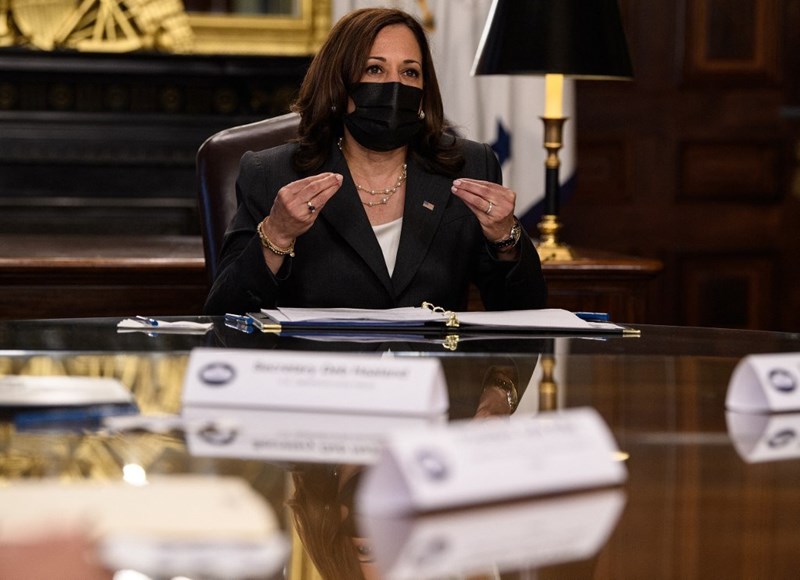 US newspaper “The Hill” stated that US Vice President Kamala Harris has ” made some tactical missteps outside of the White House that Democrats say show she hasn’t quite yet found her bearings.

According to the American paper, Harris has “attracted negative press”, especially while touring Mexico convincing immigrants “don’t come here” to the US.

The paper pointed that in the latest polls conducted between July 24 and 27, the percentage of those who viewed Harris unfavorably surpassed 48%.

The newspaper also stated that ” the primary worry that her performance will not be improved is more worrying when taking into account President Biden’s disordered cognitive state and the ability to complete his term, as he has demonstrated multiple times.

An advisor to the Democratic Party also divulged that the political circles of the vice president agreed that “her presence may harm the future of the party.” especially during the upcoming midterm elections, as she “currently lacks the requirements of the electoral round and its elements to favor the party’s candidates in electoral districts characterized by the difficulty of the race.”

Earlier this month, the New York Times published in its editorial a critique of Harris titled: “Dear Kamala Harris: It’s a Trap!” referring to her receipt of detained immigrants filed and failure to reach any developments.

The New York Times reported that “President Biden put her in charge of addressing the root causes of migration” adding that Harris appears to be unsuccessful in this endeavor, as she lacks experience.

In the same context, the newspaper ” Politico” stated that ” there is dysfunction inside the VP’s office.” adding that “it’s emanating from the top.”

According to the paper, when Harris finally made the decision to visit the border in Mexico, the news shocked people in her office, especially due to the political consequences the trip may have.

“Newsweek” newspaper also stated that “dozens of GOP lawmakers have written a letter to President Joe Biden urging him to replace Vice President Kamala Harris in her role of leading attempts to control illegal immigration at the southern border.”