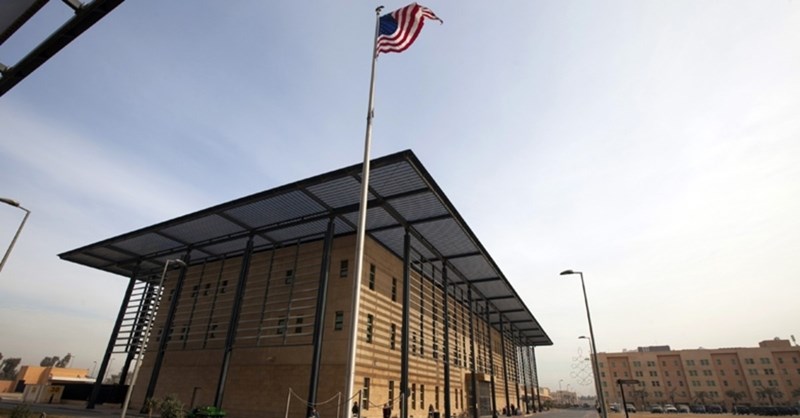 At least two missiles fell in the Green Zone in Baghdad this morning, causing significant damage after the “C-Ram” defense system failed to intercept them.

Sources told Al-Mayadeen that the missiles were launched from a nearby base, targeting the US embassy in the Green Zone, with one landing behind Al-Rahman Mosque in the Al-Mansour area.

An Al-Mayadeen reporter also disclosed the targeting of two convoys belonging to the logistical support division of the US army in Nasiriyah, southern Iraq, in conjunction with the targeting of a third convoy affiliated with the US forces in Diwaniyah, in the south of the country.

On the other hand, the Iraqi Army Command mourned 5 of its pilots this morning after their helicopter was directly targeted while securing the electric power transmission lines in Iraq, which has been repeatedly targeted by terrorists for months.

The army command indicated in its statement that “While on a combat mission, the crew of a Mi-17 helicopter was martyred in the Salah al-Din Governorate at dawn today.”

This increase in operations against the US comes two days after Biden and Al-Kazemi’s met in Washington and agreed to withdraw US troops by the end of the year.