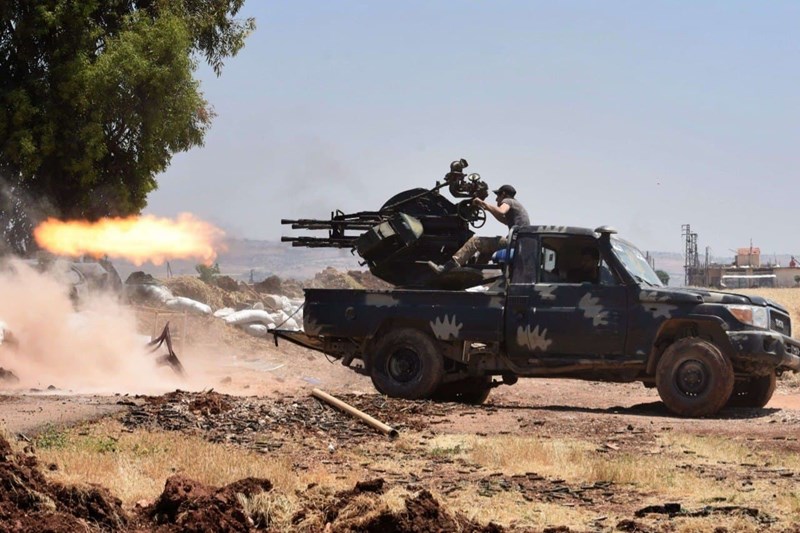 The Syrian army targeted armed groups that refused to comply with the settlement agreement in “Daraa al-Balad”, southern Syria.

Local sources stated the armed groups breached an agreement between security authorities and the notables of “Daraa al-Balad”.

The accord called for the transfer of light and medium weapons, the installation of Syrian army checkpoints in Daraa al-Balad neighborhoods, and opening all closed roads leading to the city center.

According to local sources, the armed groups only conceded a fraction  of their arms, while security authorities implemented a direct settlement clause for dozens of fugitives in security cases without detaining them.

Furthermore, the sources disclosed that gunmen targeted a checkpoint in the Karak roundabout, which led to a number of casualties among Syrian soldiers.

Meanwhile, the notables of the Daraa al-Balad neighborhood confirmed the existence of disputes among them, as well as the presence of armed groups who refused to comply with the agreed upon terms of the deal.

The armed group’s intransigence and attemps to instill fear have put the city in a state of vigilance. People are waiting for a resolution to the neighborhood dilemma, which remains a source of tension and threatens the daily lives of tens of thousands of inhabitants.