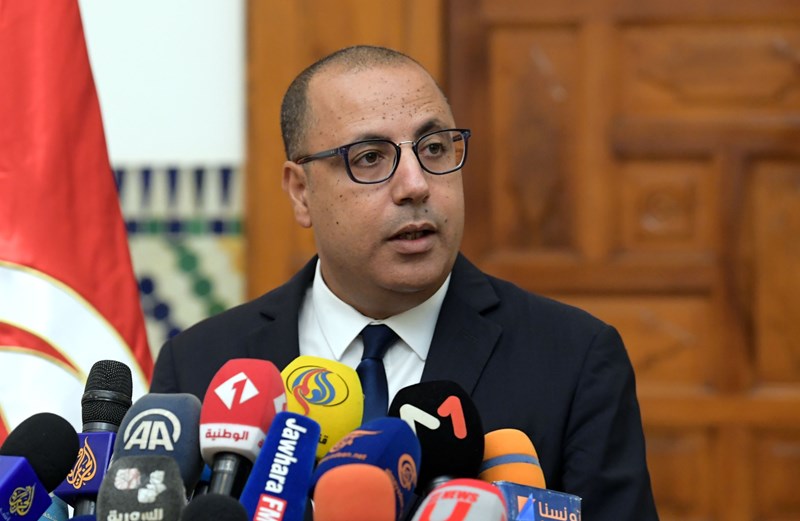 Dismissed Tunisian PM Hichem Mechichi denied today that he had been beaten or threatened in the Carthage Palace, stressing that “rumors have no boundaries.”

In a press statement, Mechichi said: “I categorically deny that I have been subjected to any form of violence,” stressing that he will not “be an element of disruption in the path chosen by the Tunisians.”

Mechichi added, “Unfortunately, there are no boundaries to rumors, and it seems that they will not stop… God protect Tunisia, and I am sure that with the new phase, we will lead the country towards a better future, where everyone will learn the necessary lessons from what happened over the last ten years.”

Mechichi also made it clear that he “is not denied from any of his rights,” stressing that he wrote “the statement of his transfer of power in his home and with complete personal conviction.”

Mechichi also said: “I will not be a tool for those who did not understand the lesson.”

Tunisian President Kais Saied had announced his intention to make a penal reconciliation with those involved in looting public money, which means they must carry out development projects in various parts of the country.

Saied had earlier called on the Tunisian people to remain calm and not be drawn into provocations and rumors, stressing that his actions are consistent with the country’s constitution. This comes after he issued a presidential order last Monday which relieves the Prime Minister from his duties.

For its part, the “Democratic Current in Tunisia” said: “We affirm our understanding of the exceptional measures taken by the President of the Republic,” calling on “the President to present a road map that guarantees a return to the normal constitutional situation.”