Home Politics Middle East Deadly attack on Israeli-operated ship off Oman coast was carried out by drone, US Navy says 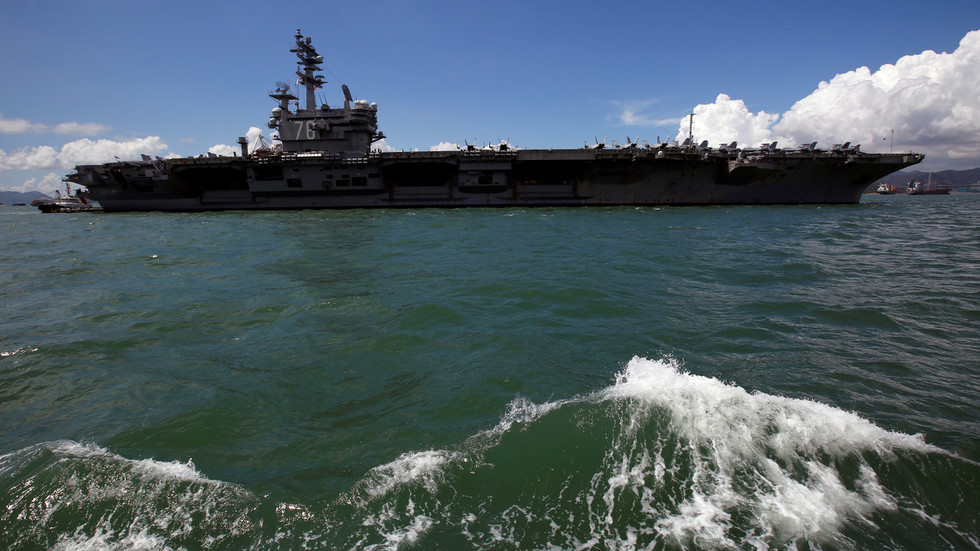 The attack that killed two people aboard an Israeli-operated vessel off the coast of Oman in the Arabian Sea on Thursday, is believed to have been a drone strike, US Navy’s Fifth Fleet, which operates in the region, has said.

American explosives experts, who have examined the Mercer Street product tanker, have discovered “clear visual evidence that an attack had occurred” on the ship, the Fifth Fleet said, in a statement on Saturday.

“Initial indications clearly point to a (drone)-style attack,” it stated, without elaborating on how such a conclusion was reached.

The statement by the US Navy has echoed earlier media reports, which cited an unnamed US official, who blamed the attack on a “suicide drone.”

Israeli officials later told the New York Times that several drones had targeted the tanker, crashing into its living quarters, located beneath the vessel’s command center.

The Liberian-flagged tanker Mercer Street, operated by the London-based Zodiac Maritime company of Israeli billionaire, Eyal Ofer, was hit late on Thursday northeast of the Omani island of Masirah, some 300 kilometers (186 miles) southeast of the country’s capital, Muscat. Two crew members were killed in the attack, one of them reportedly being a Romanian captain and the other confirmed as a British security guard.

Israeli foreign minister Yair Lapid has accused his country’s main regional rival, Iran, of striking Mercer Street and urged the international community to act against Tehran. “The world must not be silent in the face of Iranian terrorism that also harms freedom of shipping,” Lapid said in a statement.

Iranian authorities haven’t officially commented on the incident in the Arabian Sea. However, state run al-Alam broadcaster has cited “sources in the resistance axis,” who claimed that the ship had been targeted in response to recent Israeli airstrikes against Iran’s ally, Syria.

Explosions and fires aboard Israeli and Iranian-owned vessels have been frequent in the waters around the Persian Gulf since the start of the year. The two countries have been trading blame for various incidents, while themselves denying any responsibility for attacks.

However, none of the previous attacks resulted in human casualties and the damage sustained by the ships was significant and allowed them to continue operations after repairs.