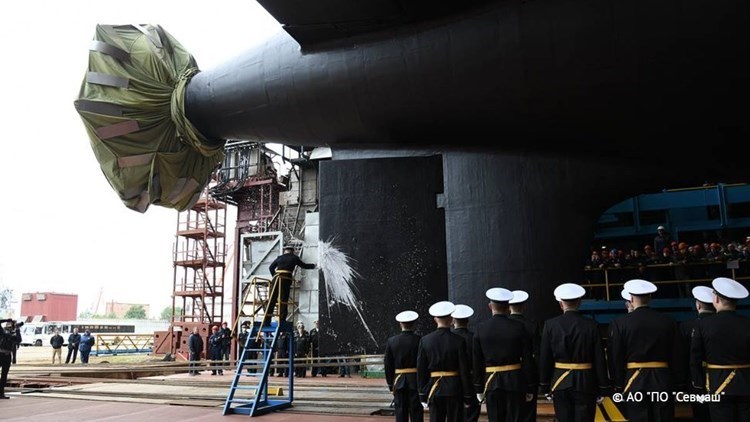 The fourth-generation nuclear-powered submarine “Krasnoyarsk”, built upon the improved “Yasen-M” design, was officially launched in the Russian city of Severodvinsk.

The Russian Defense Ministry said that the launch of the Krasnoyarsk submarine adds to the crucial stage of constructing the nuclear submarine.

The launch took place in light of Russia’s 325th anniversary of creating a regular fleet.

Commander-in-Chief of the Russian Navy, Admiral Nikolai Yevmenov said: Thanks to the advanced design of one of the leading design bureaus in Malakhit, and the shipbuilders’ high-quality work, the Russian Navy will be equipped with the most modern and reliable nuclear submarines of the Yasen-M project in the long run.

It is noteworthy that “Severodvinsk” is a Russian multi-mission nuclear submarine belonging to the “Sans” project, which the Russian Navy received in 2015.

The submarine carries the winged “Kha-35” and “Onyx” missiles on board, which can be replaced by “Tsirkon” hypersonic missiles that move at 10,000 kilometers per hour.