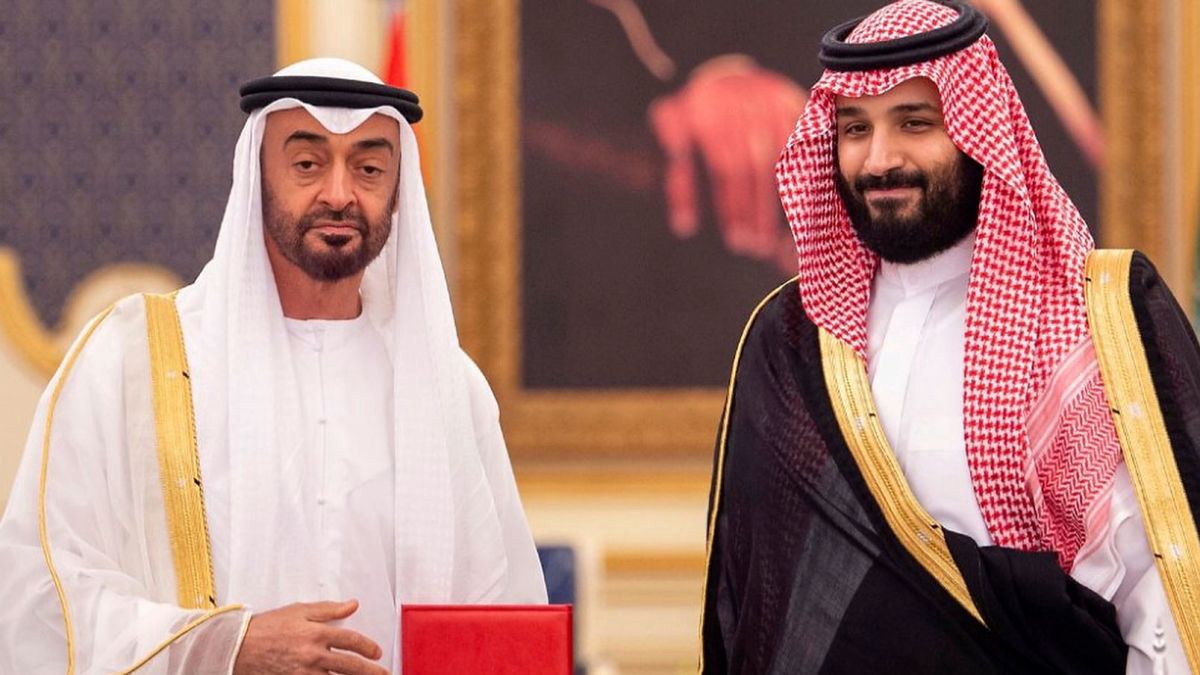 Disputes have popped up between Saudi Arabia and the United Arab Emirates (UAE) over the war in Yemen, Syria and OPEC quotas.  There has always been a rivalry, but in recent years the relationship between the two oil-rich nations was seen as warm and friendly.  Now, the friendship seems to have gone cold.

This month, Saudi officials placed border tariffs on goods produced by foreign workers in neighboring countries, and the UAE and Dubai in particular, is most affected, due to its foreign-dominated manufacturing sector that exports to the region.

Arab Gulf experts are wondering whether the dispute signals a larger shift in regional relations, or is this a reversion back to the status-quo of the period prior to 2015, in which relations were frosty, despite the desert heat.

In order to understand some of the back-story, Steven Sahiounie of MidEastDiscourse interviewed Nasser Arrabyee of Yemen.  His views from the ground in that war-torn country may enlighten our understanding of the implications of the dispute between the two Gulf powerhouses.

Nasser Arrabyee is an Yemeni Journalist and Film-Maker from Sanaa, Yemen.  He is the President and Founder of ‘Yemen Alaan for Media  Production’.

1. Steven Sahiounie (SS):  The tension between Saudi Arabia and the UAE is increasing.  In your opinion, is dispute only because of OPEC, or are there other reasons under the table that no one knows about?

Nasser Arrabyee (NA):   No. The OPEC tension was just the iceberg. There is something much deeper between the nominal allies. They are different in almost everything in their aggression on Yemen, in both strategies and tactics. What the Saudis want from Yemen goes against what the UAE want in general. On the ground, the proxies of UAE are the sworn enemies of the proxies of the Saudis. That’s the Muslim Brotherhood, and the Separatists. One more problem here is the Muslim Brotherhood is the common enemy for both the Saudis and the UAE. But, Saudis have no option but to use the Islah party (Muslim Brotherhood) as its proxy and its enemy at the same time!

The UAE wants islands and sea ports, and the Saudis want a water way to the Arab sea avoiding and bypassing Hormuz Strait, among other things of course.

Furthermore, it gets personal between MBS (Mohamed bin Salman, Crown Prince of Saudi Arabia) and MBZ (Sheikh Mohamed bin Zayed bin Sultan Al Nahyan, the Crown Prince of the Emirate of Abu Dhabi). The mentor and protégé relationship between them seems to be coming to an end. MBS is sick and tired of being portrayed as the student of MBZ, who he introduced to the Americans, and to former President Trump in particular.

MBZ is feeling the increasing rivalry and competition coming from his friend-turned rival.  MBS wants Riyadh, not Dubai, to be the international hub of commence, tourism, and an entertainment destination.

2. SS:  A few days ago there was an explosion in the Dubai port.  In your opinion, did Saudi Arabia have a hand in this explosion to put pressure on the UAE?

NA:  While I have no information on the event; however, MBS could do anything now to say: ‘I am here and I am bigger’.

3. SS:    Reports are coming out that the relationship between Qatar and Saudi Arabia is getting better.  Will we see new alliances between Saudi Arabia and Qatar against the UAE?

NA:  Yes. The UAE never wanted to end the blockade. Nor did they want any kind of rapprochement with Qatar. But, the Saudis do want it because their interests are different from those of the UAE.

4. SS:  Will this tension between Riyadh and Abu Dhabi affect other crises in the Middle East like Yemen, Syria, Iraq and Libya?

NA:  Yes, of course. The alliance, or their coalition in Yemen, was very fragile and nominal in the first place.  It started to unravel and break down after the UAE withdrew from Yemen, after had been defeated twice in Hodiedada harbor in 2018.

I think the same thing holds true in the whole of the Middle East, where there is turmoil and destabilization, the two countries are involved and with different agendas.

NA:  The US is more pleased with UAE when it comes to secularism. UAE is more westernized, and easier to influence and to dictate to. But, Saudi Arabia is very big in terms of economy, and the symbolism of Islam, being the birthplace of it. Therefore, the US will likely keep the two relationships balanced.