Home Politics Tunisian President: “The Measures We Resorted To Are Strictly Constitutional” 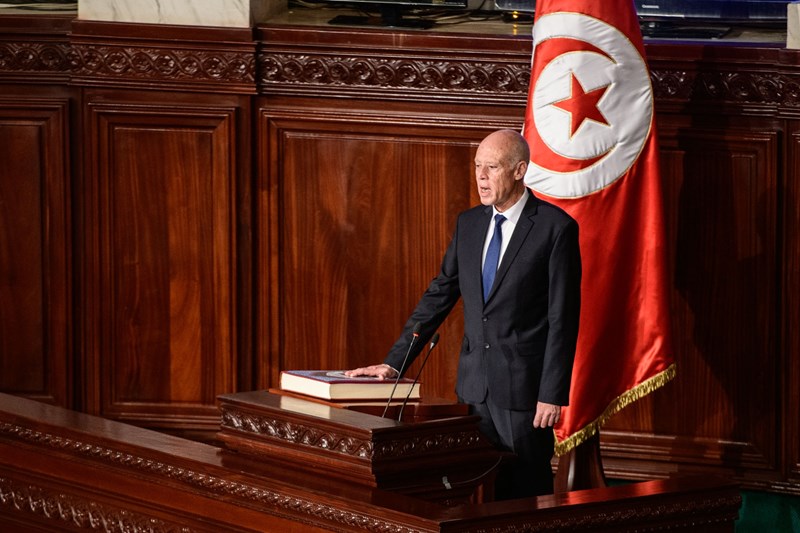 In an interview with New York Times journalists today, Tunisian President Kais Saied said that “Tunisia is working within the framework of human rights and freedoms, and the measures were taken in accordance with the provisions of the Constitution.”

Said explained that “freedom of expression is guaranteed and untouched in Tunisia,” stressing that “he has taught the US constitution to his students for three decades and knows how leaders in the US have worked to ensure freedom.”

Said wondered how he could turn into an overnight dictator, as some have described him, after dedicating a large portion of his life to study and uphold constitutional values.

He went on to say: “There are Members of Parliament who have tampered with the capabilities of the Tunisian state,” noting that “these measures were taken to protect constitutional institutions.”

Saied pointed out that “all countries resort to exceptional measures, and whoever talks about violating the constitution is a liar, as I have consulted with the Prime Minister and the Speaker of Parliament regarding this matter.”

Saied asked: “How can the constitution be overturned by the constitution itself?” pointing out that the doctrine of necessity he adopted to preserve the state’s entity and freedoms, was first taught in the West.

The Tunisian presidency had issued an order suspending all the powers of the Assembly of the Representatives of the People for one month.

Parliamentary immunity of all MPs was also lifted for the suspension period, and the General Secretary of the Assembly was assigned to conduct the administrative and financial work of the Assembly.

Saied affirmed that exceptional measures were taken to guarantee rights and freedoms, noting that there is no room for manipulating or dividing the state.

Saied had earlier called on the Tunisian people to remain calm and not be drawn into provocations and rumors, stressing that his actions are consistent with the country’s constitution. This comes after he issued a presidential order last Monday which relieves the Prime Minister from his duties.

After presiding over an emergency meeting last Sunday, the Tunisian president decreed a series of measures which include Saied assuming “executive authority”, relieving the PM from his duties, freezing all parliamentary departments, and lifting the immunity of all members of Parliament.