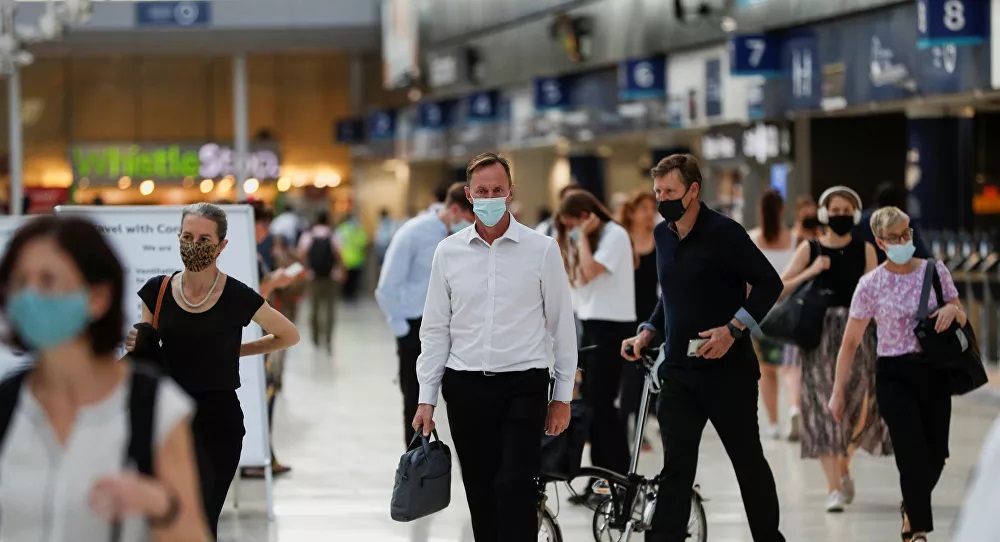 According to the latest coronavirus data released by the UK government, the number of confirmed COVID-19 cases in the county has soared to 5.8 million, with 129,654 fatalities as of Saturday.

British medical scientists have argued that the UK may be hit by thousands of COVID deaths every winter because the disease will most likely join other seasonal viruses, including influenza, in the immediate future.

The Guardian cited Professor Adam Finn of Bristol University as saying that Britons “are going to see problems with COVID for a long time”, given that the virus “has shown itself to be genetically more nimble than we expected, though not as much as the influenza virus”.

“So I would envisage COVID being a continuing problem for some time, with annual death tolls reaching thousands and possibly tens of thousands”, Finn predicted.

On the other hand, he suggested that the coronavirus is “not going to be something that brings society to a halt”, saying the government can “minimise the problems it [COVID] poses – through careful use of vaccines, for example”.

Echoing him was Professor James Naismith, director of the Rosalind Franklin Institute in Oxford, who told The Guardian that people in the UK “won’t see COVID-19 spread like wildfire again” because “there will be enough herd immunity in the population to ensure it will never kick off like that again”.

Yet, he warned, “everything will not be hunky dory”, suggesting that Britain “will have waves of illness similar to [the] flu”, which “will kill”.

“The issue is: how many? That is difficult to assess but if you look at current COVID deaths, these are occurring at about 100 a day. So a wave that kills a few thousand seems a reasonable measure of what you might expect in a future winter wave. And then, you might get a bad wave one year and have the tens of thousands of deaths”, Naismith asserted.

His concerns were shared by Professor Martin Hibberd of the London School of Hygiene and Tropical Medicine, who predicted that people “may be at a turning point in COVID-19 in the UK”, where they “[…] will have to live with a new nasty disease that will continue to cause problems” despite almost 72 percent of Britons already having been vaccinated.

© AP PHOTO / ALBERTO PEZZALIA woman rests in the sunshine on the south bank of River Thames with the skyline of the financial district called ‘the City’ in the background, in London, Tuesday, Dec. 8, 2020

“I think we can use influenza as an example here. We have vaccines for influenza and yet we still have perhaps an average of 20,000 deaths a year in the UK”, Hibberd said.

Professor Jonathan Ball of Nottingham University was, however, not that pessimistic, saying he suspects the “numbers of COVID deaths will decrease over time as population immunity to the disease not only increases but also broadens”.

“This is not to say we won’t have deaths every year. But to say it’s likely to be in the thousands is overly pessimistic. It could be to start with, but I think the amount of severe disease will decrease over time because of continual exposure to the virus, which will therefore boost natural immunity”, he argued.

But that was roughly a tenth of the mortality rate seen when infection rates were last this high around New Year, which appeared to support the government’s assertion that its vaccination programme had “broken the link” between infections and deaths.