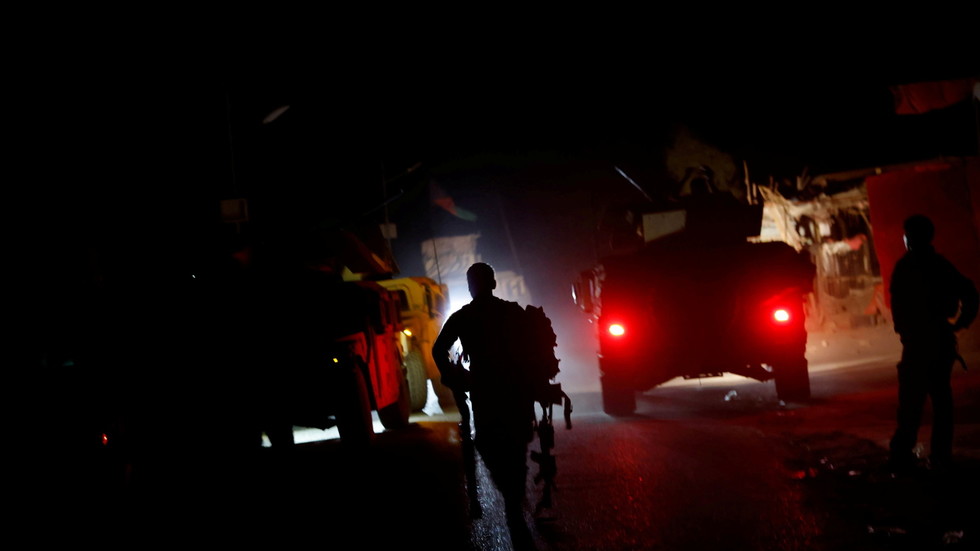 The airport in Kandahar, Afghanistan’s second-largest city, has come under rocket attack, forcing the cancelation of all flights, as the Taliban seeks to recapture its former stronghold.

At least three rockets were launched towards Ahmad Shah Baba International Airport on Sunday, with two of the projectiles hitting the runway, airport chief Massoud Pashtun said, as quoted by the news agency AFP.

All flights have been canceled, but are expected to resume later in the day, as the runway is being repaired, the official said.

A Taliban spokesperson, Zabihullah Mujahid, told Reuters the airport was targeted because it was being used to conduct airstrikes against the militants.

Gul Ahmad Kamin, an MP in Kandahar, told the BBC the city was at serious risk of falling to the Taliban, and, if that happened, that five to six other provinces in the region would follow suit. Kamin added that the Taliban wanted to turn Kandahar into their temporary capital.

The city holds important symbolic meaning for the Taliban, as Kandahar province was the birthplace of the Islamist group.

The attack comes as the Taliban launched offensives against Kandahar, the capital of the eponymous southern province, as well as against two other provincial capitals, Herat in the West and Lashkar Gah in the south.

On Friday, Afghanistan’s TOLOnews cited sources saying that flights had been canceled at Herat’s airport, and that two security guards at the city’s UN office had been killed during fierce fighting between the militants and government forces.

Taliban assaults are intensifying, as the US is expected to completely withdraw its combat troops from the country by the end of this month, with many of Washington’s allies having already pulled their last-remaining forces out of Afghanistan earlier this year.

The Pentagon ramped up airstrikes against the militants this week, and promised to continue its support of the Afghan government after the August 31 withdrawal deadline.

The US invaded Afghanistan in 2001, following the 9/11 terrorist attacks on the World Trade Center in New York. The occupation ultimately failed to achieve peace and stability, however, and the fight against the Taliban and other militants was dragged out for nearly two decades.

The Lasting Effects of Sleep Deprivation