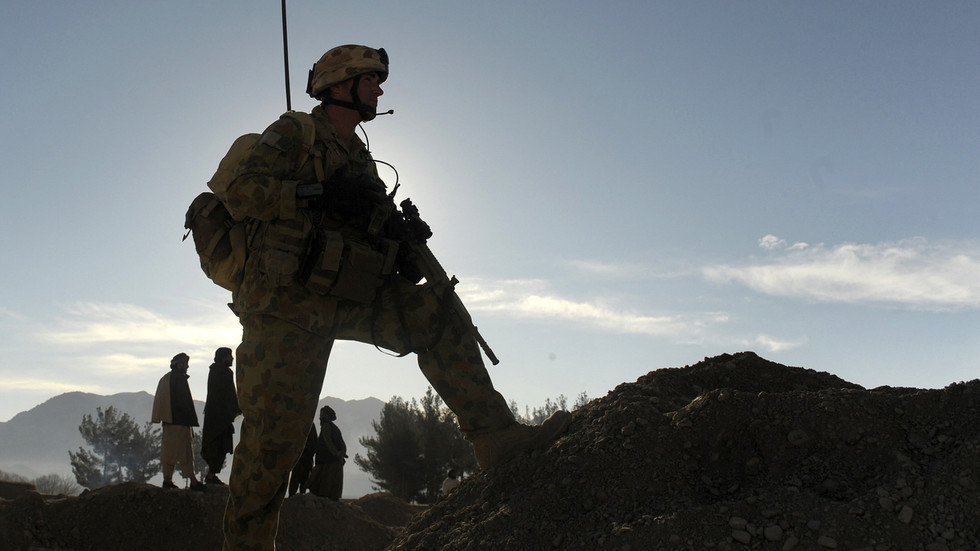 Australia’s Defense Department has released a four-year plan to tackle “serious and systemic” failures in its military structure and culture – eight months after a bombshell probe into war crimes in Afghanistan.

Last November, the Brereton inquiry found sufficient credible evidence to allege that 25 Australian soldiers were involved in the murder of 39 Afghan civilians and prisoners. Recommending a criminal investigation, it warned of a “warrior culture” within the country’s special forces, and of “the clique of non-commissioned officers who propagated it.”

In response to that report, the Defense Department quietly released the ‘Afghanistan Inquiry Reform Plan’ on the website of the inspector-general of the Australian Defence Force (IGADF) on July 30, without any accompanying public statement.

In a joint foreword to the report, Chief of the Australian Defence Force General Angus Campbell and Defence Secretary Greg Moriarty said the department accepted responsibility for the “failings in systems, culture and accountability.”

“Misconduct as serious as that identified and alleged by the Afghanistan Inquiry cannot occur unless there have been serious and systemic organizational and cultural failings,” they said.

The reform plan involves four “work packages” to be rolled out between now and the end of 2025. These are expected to address the Brereton inquiry’s recommendations, investigate past and current incidents and prevent recurrence, and identify possibilities for criminal, disciplinary, and administrative action.

In order to “build the best possible organization for the future,” “transformational” reforms will be implemented through five “streams” to identify “root causes of the failures and wrongdoing” and develop “systems, culture and accountability” to prevent future “departures from required standards.”

In particular, it claims that the department will have addressed 90% of its responsibilities relating to “specific allegations of wrongdoings against individuals” by the end of the year.

Besides referring cases for further criminal investigation and disciplinary action, the department will decide whether to strip medals and honors from soldiers who have committed serious wrongdoing and compensate Afghan victims by the end of 2021.

In April, Defence Minister Peter Dutton had controversially reversed a decision by General Campbell to strip a “meritorious unit citation” from over 3,000 members of the Special Operations Task Group between 2007 and 2013.

Revoking the award had been a key recommendation of the Brereton inquiry. General Campbell and Moriarty had reportedly warned Dutton against letting the soldiers keep their citation, since it would threaten the “international and domestic reputation” of the Australian Defence Force and add to the harm caused to Afghan victims.

The four-year Afghanistan inquiry, conducted by Major General Justice Paul Brereton, listed 23 alleged incidents in which one or more Afghan civilians and non-combatants were “unlawfully killed” by special forces soldiers or at their direction between 2005 and 2016. The inquiry also noted a further two alleged incidents as fitting the bill for the war crime of “cruel treatment.”

None of the killings took place in “the heat of battle,” while some junior solders were initiated into their combat roles by shooting a prisoner to record their “first kill” – a practice known as ‘blooding’.

Soldiers were also found to have deliberately concealed many of the executions, often planting “throwdown” weapons on the victims in order to “deflect scrutiny” from their superior officers.

The war crimes probe absolved senior military figures of responsibility for the murders, finding “no evidence” that high-ranking officials had knowledge of the unlawful killings and placing the blame entirely on lower-level patrol commanders.