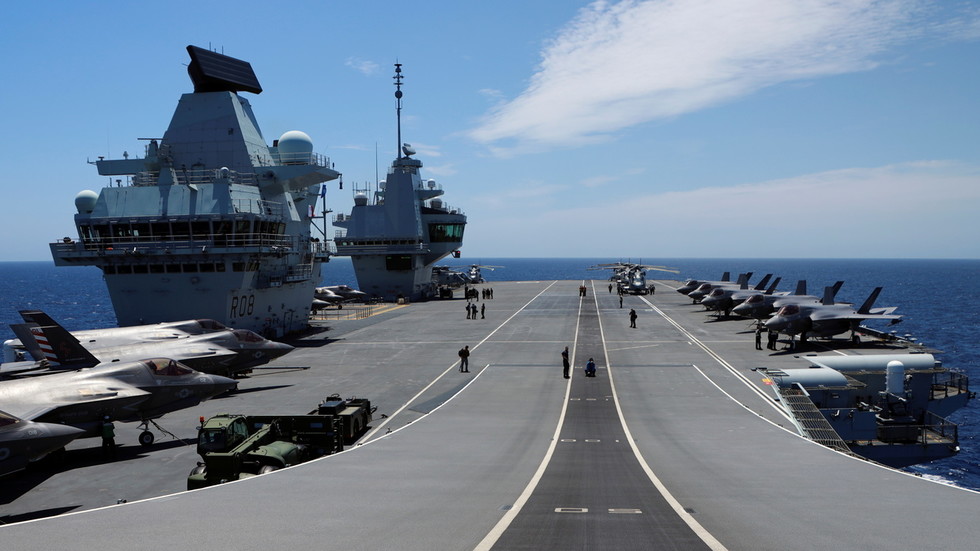 North Korea has hit out at the UK after Britain announced it would be permanently stationing two ships in the Asia-Pacific, claiming that London would be better off focusing on Brexit rather than “restoring its declining status.”

In a statement on Tuesday, the North Korean Foreign Ministry decried Britain’s decision to permanently station military vessels in the Asia-Pacific.

“The UK, which is intensifying the situation by pushing warships into the distant Asia-Pacific region, is using our ‘threat’ as an excuse,” a statement on the Foreign Ministry’s website read, labelling Britain’s actions as “dangerous” and a “provocation.”

The statement says that the UK is acting on an “absurd bet” that North Korea and China are working together to isolate South Korea and Japan.

North Korea claims Britain is desperately trying to “restore its declining status,” but says its plan will only cause strong opposition from other countries and may inflame an already “tense situation” in the Asia Pacific.

“It would be better for the UK to focus on the troublesome Brexit outcome rather than risking others unreasonably for the realization of its political goals,” the statement adds, claiming that the days are gone when Britain could colonize at will.

Pyongyang appeared to be responding to an announcement two weeks ago, in which London said it would permanently deploy two warships in Asian waters later this year.

Aircraft carrier Queen Elizabeth, accompanied by a sizeable carrier strike group including two destroyers, two frigates, two support vessels, and ships from the United States and the Netherlands, is currently sailing towards Japan, where it will conduct multiple exercises with allied partners.

Britain has previously expressed concern about increasing Chinese assertiveness over disputed waters and territories around Southeast Asia. Beijing has called on the UK to desist from provocations and interference with internal politics – notably a reference to the island of Taiwan, which China considers to be part of its territory.