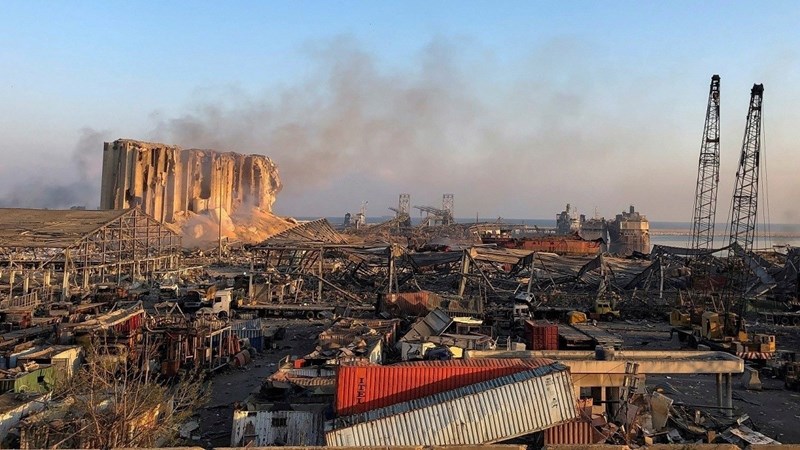 Lebanese authorities were accused Tuesday of being “criminally negligent under Lebanese law in their handling of the cargo, creating an unreasonable risk to life” by the Humans Rights Watch.

An investigation revealed the failure of political and security officials to follow up on the ammonium nitrate shipment that led to the explosion of the Beirut port a year ago.

The explosion left at least 214 people dead and more than 6,500 injured; it resulted from 2,750 tons of ammonium nitrate impounded at the port for years.

The organization recommended that sanctions must be imposed on officials responsible and that the “The UN Human Rights Council should mandate an investigation, and countries with Global Magnitsky and similar human rights and corruption sanctions regimes should sanction officials implicated in ongoing violations of human rights resulting from the August 4 explosion and efforts to undermine accountability.”

In a detailed 126-page report presented at a press conference in Beirut today, the organization documented the mistakes and omissions committed by political and security officials in managing the ammonium nitrate shipment since it arrived at the port on board the MV Rhosus ship in 2013 until August 4th.

“The evidence overwhelmingly shows that the August 2020 explosion in Beirut’s port was caused by the actions and omissions of senior Lebanese officials who failed to accurately communicate the dangers posed by the ammonium nitrate, knowingly stored the material in unsafe conditions and failed to protect the public,” said Lama Fakih, crisis and conflict director at Human Rights Watch.

Human Rights Watch revealed detailed information on what government officials knew about the ammonium nitrate and what actions they took or failed to take to “safeguard the population.”

The evidence raises question marks regarding whether the ammonium nitrate was meant for Mozambique or whether Beirut was the intended destination.

Furthermore, official documents strongly suggest that some government officials neglected and accepted the risks of death posed by the ammonium nitrate in the port.

It also mentioned that under domestic law, “This could amount to the crime of homicide with probable intent, and/or unintentional homicide,” adding that, “Under international human rights law, a state’s failure to act to prevent foreseeable risks to life violates the right to life.”