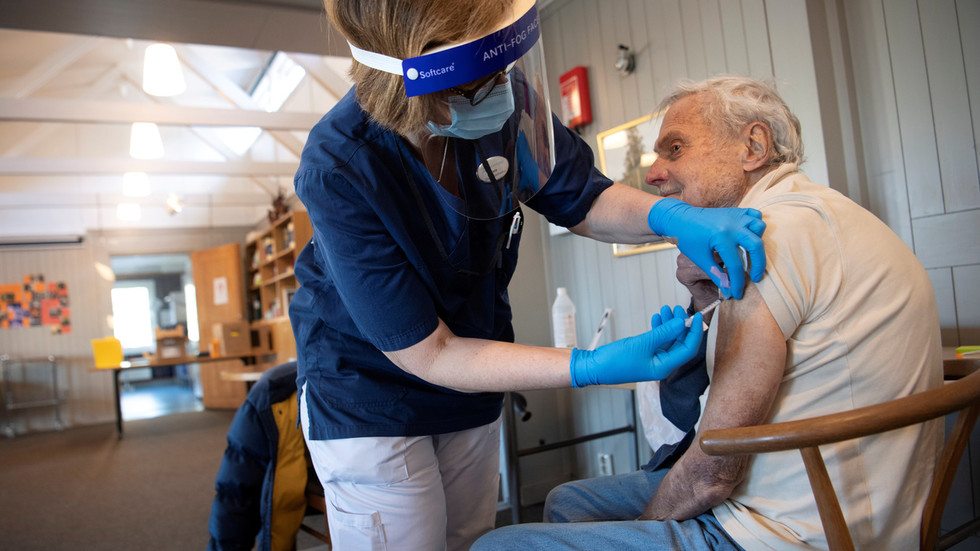 Sweden’s health authority has announced that most Swedes are likely to be offered a Covid booster shot in 2022, while vulnerable people could receive their third shot this autumn.

The Swedish Public Health Agency unveiled plans on Tuesday to offer a large portion of the population a third booster shot next year, depending on the emergence of new variants and data on the effectiveness of vaccines over time.

Anders Tegnell, a state epidemiologist, detailed reasons for offering a third dose of a coronavirus vaccine, stating that “the assessment is that it is not possible to eradicate the virus and therefore vaccination work should be long-term and focused on reducing serious illness and death.”

As per Sweden’s second stage of its vaccine strategy, groups at risk, such as care-home residents, Swedes over 80, and immunocompromised members of the population could be offered a booster dose in autumn. Meanwhile, the third step will focus on offering the wider, general population a third dose.

The Scandinavian country’s main priority, however, remains vaccinating regions and populations with lower inoculation coverage. According to figures from Sweden’s health authority, 51% of the adult population over the age of 18 has received at least two doses of a coronavirus vaccine, while just over 78% has received their first shot.

The country’s Health Agency estimates that all of the adult population will be fully inoculated in autumn, when 16-17-year-olds who have not yet opted for vaccination will be offered a jab.

Sweden is just one of the latest countries to plan to offer Covid boosters. Germany announced on Monday that it will offer a third vaccine to the vulnerable in September. Israel rolled out the third-shot scheme last weekend to older residents.

Since the pandemic began, Sweden has recorded around 1.1 million cases and 14,665 fatalities.