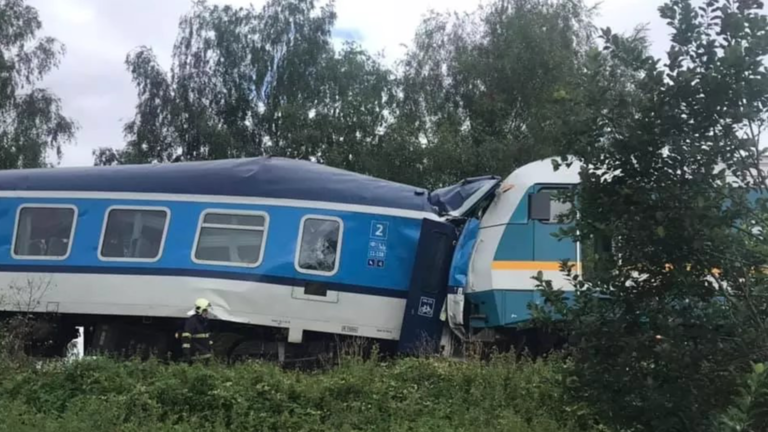 Two trains have collided in Milavce village in the Czech Republic, near the town of Domazlice on the western border, killing two and injuring over 30. Rescue services are at the scene.

Shortly after 8am (6am GMT,) the trains collided in Milavce, near Domazlice in the Czech Republic’s west, the country’s police force said on Twitter.

“Unfortunately, at this moment we have confirmed that two people lost their lives at the scene of the railway accident,” the police said in a tweet.

“We have the site of the intervention divided into two sections. We have transported some people from the train. There are several dozen injured on the spot,” said a spokesman for the regional fire brigade.

“Thirty-one are wounded but only have minor injuries. Four people were transported to the trauma center, two unfortunately died,” said Maria Svobodova, a spokeswoman for the rescue teams.

Jaroslav Hrdlicka, the commanding officer of the fire brigade, told Czech television that the trains had crashed head-on and that rescue operations were being carried out using simple procedures. “We did not have to use a hydraulic rescue device. We are now trying to secure access to the demolished cabin of the train,” he said, adding that they are looking for one missing person.

In a tweet, Transport Minister Karel Havlicek described the situation as “serious” and said he was canceling his schedule and making his way to the scene of the crash. He confirmed that one of the trains involved was carrying passengers.

Havlicek suggested that the driver of the Ex 351 train had passed a red light. The Ex 351 was traveling from Munich to Prague while the other train was a regional one traveling from Pilsen to Domazlice, according to information shared online.

Six years ago to the day, two express trains crashed in west Bohemia, Czech Republic, and 30 people were injured.