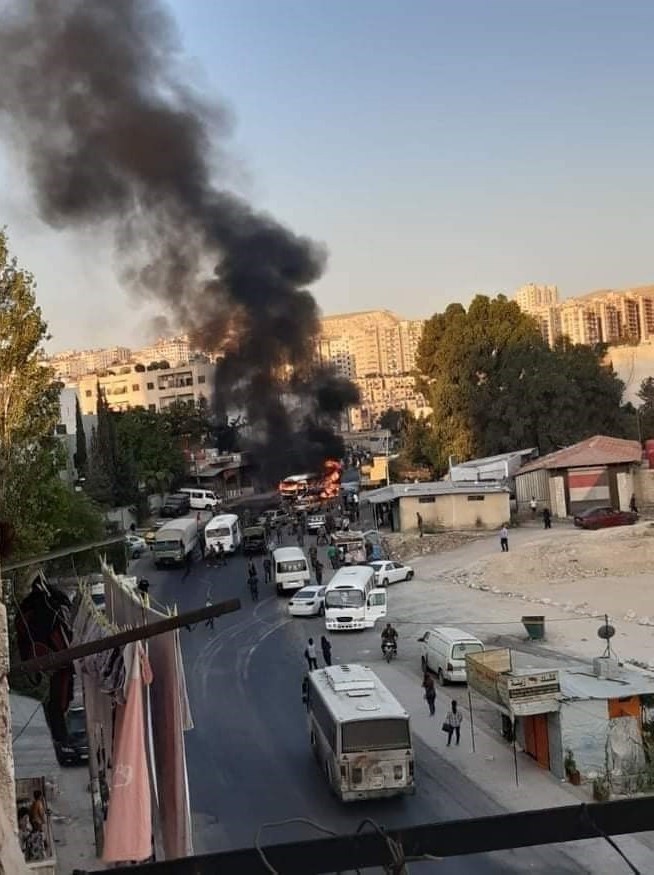 SANA reported, on Wednesday morning, that a Syrian military bus exploded at the entrance of Masaken al-Haras (Guards’ residences) near the Mashru’a Dummar area in western Damascus. A number of martyrs and injuries were reported.

A military bus exploded at the entrance of Masaken al-Haras in the Mashru’a Dummar area in Damascus, according to a SANA correspondent, with casualties reported.

According to SANA’s correspondent, initial reports confirm, according to a source at the scene of the incident, that the explosion was caused by a short circuit that caused the fuel tank of the bus to explode, killing the bus driver and injuring three people who were rushed to the hospital.