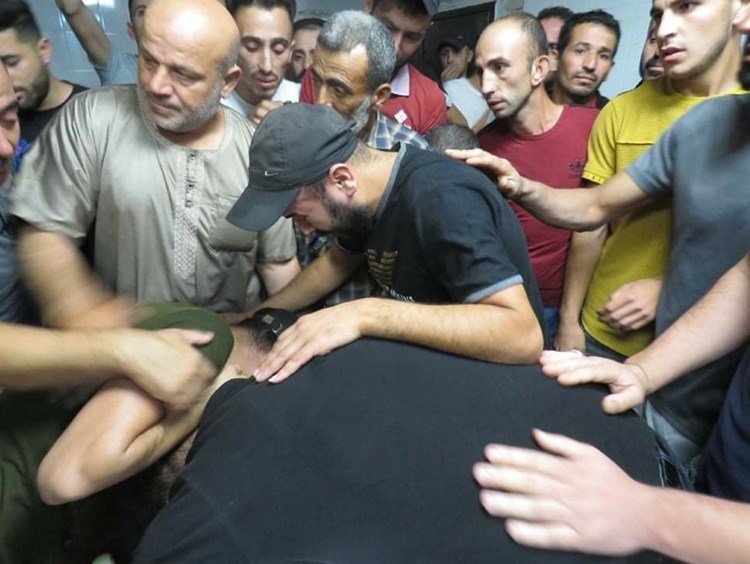 The body of Martyr Muhammad Farid, 20, was finally handed over to his family on Tuesday night, a month after the occupation forces had seized it.

Near the Hawara military checkpoint, the Israeli forces handed over the martyr’s body to his family, who took him to the Rafidia Surgical Governmental Hospital.

The martyr’s body will be buried in his hometown of Qusra village, in southern Nablus of the occupied West Bank.

In the same context, video footage showed the occupation soldiers deliberately opening fire at the vehicle the child Mohamad Alami was in, north of al-Khalil, resulting in his martyrdom.

Beit Ummar town, to the north of al-Khalil in the West Bank, bid farewell to Mohamad Alami, 13, on Thursday, who was martyred after the occupation forces shot and murdered him.

Mohamad Alami passed away at the age of 13. It is reported that he was the only child of his parents who had him after 7 years and many in-vitro fertilization attempts.

The Head of the PLFP media bureau in the Gaza Strip, Ahmad Khreis, mourned Mohamad Alami saying, “What happened is a real crime added onto the occupation’s criminal record against our people and nation, especially our children.”