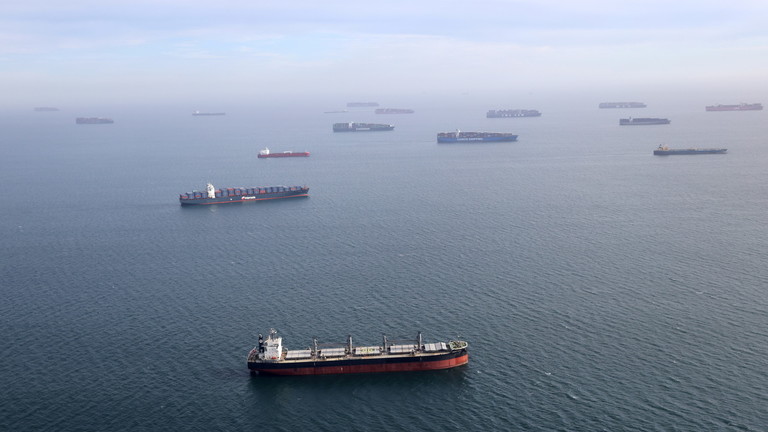 A ship that was believed to have been hijacked in the Gulf of Oman is now safe, the Royal Navy’s vessel-tracking agency has said, after Iran was accused of being behind the incident.

The navigation agency, which was founded by the UK’s Royal Navy and is manned by reservists, reported on Tuesday that an unnamed ship was subject to potential “hijack” off the coast of the UAE in the Gulf of Oman, which is connected to the Persian Gulf

The Times cited UK government sources as saying that the Panama-flagged asphalt and bitumen tanker Asphalt Princess was hijacked by a group of armed men, which were believed to have been acting on behalf of Iran. According to the vessel-tracking website MarinceTraffic.com, the ship changed course and began heading towards Iranian waters off the port of Jask early Wednesday, but later stopped and changed course back towards Oman.

Abolfazl Shekarchi, a spokesperson for Iran’s military, dismissed the report of hijacking in the Gulf as “a kind of psychological warfare,” while Foreign Ministry spokesperson Saeed Khatibzadeh said Tehran considers reports about such incidents in the area “highly suspicious.”

The reported incident comes amid heightened tensions in the region, as international shipping has repeatedly become hostage to the conflict between Iran and the West.

The US, UK, and Israel blamed Iran for a drone attack on the Israeli-operated oil tanker Mercer Street off the coast of Oman on Thursday night, which killed two crew members. Tehran denied any involvement.