Home Politics Bolsonaro slams probe into his attacks on Brazil’s electoral system, threatens to act outside of constitution 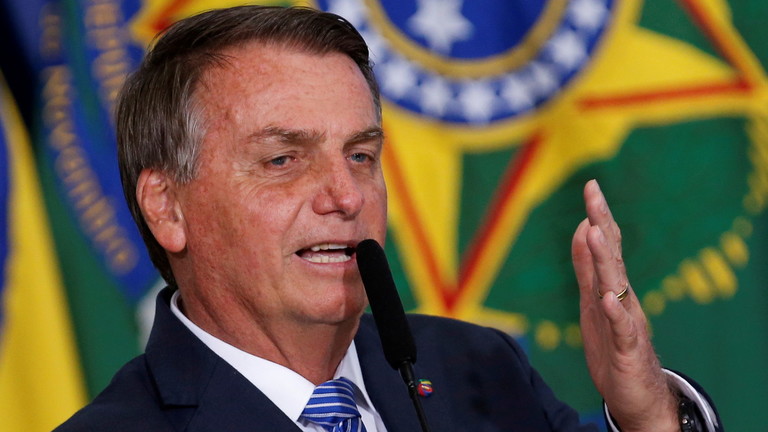 President Jair Bolsonaro insists the probe into his claims that the Brazilian electronic electoral system is vulnerable to fraud violates the constitution, and he has vowed to act outside of it himself in response.

The investigation against Bolsonaro was approved by Brazilian Supreme Court Justice Alexandre de Moraes on Wednesday. The president addressed the development a few hours later in a YouTube interview, and did not hide his anger over the situation.

Bolsonaro, who intends to run for a second presidential term in 2022, repeatedly stated that the election could be rigged against him due to the alleged vulnerabilities of the country’s purely electronic voting system. However, he did not present any convincing evidence to support his claims.

The head of state wants special printed receipts to be introduced, which could be counted manually if the results of the electronic vote are disputed.

The president has already threatened not to accept the outcome of the next year’s election if the changes aren’t implemented. Last week, Bolsonaro called on his supporters to take to the streets and demand a paper trail in the election, which resulted in large demonstrations in several cities.

A Congress committee is scheduled to vote on the president’s proposal on Thursday, but analysts say the chances of printed receipts being accepted remain very slim.

Bolsonaro’s ratings have steadily declined throughout the pandemic, as Brazil has become one of the world’s worst-hit countries, with over 20 million confirmed Covid-19 cases and more than 560,000 deaths.

Last month, a survey by pollster Datafolha revealed that 51% of Brazilians disapproved of the president’s policies – the worst result for Bolsonaro since he took office in 2019.