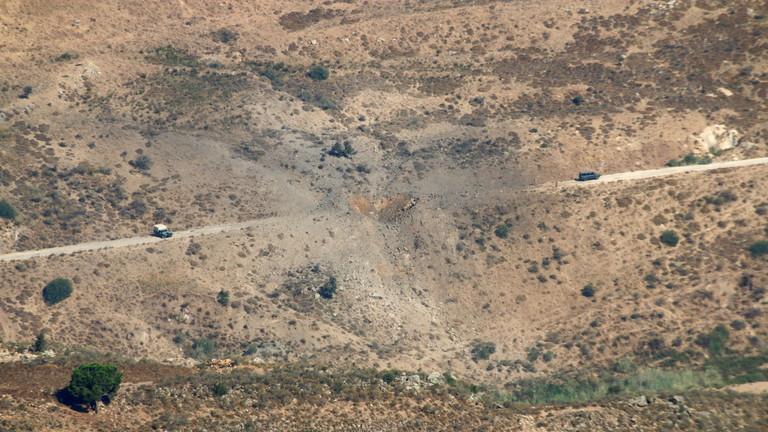 Lebanon’s president has hit out at Israel and its “aggressive intentions” after the Israel Defense Forces launched overnight airstrikes on Lebanese villages in response to militant activity on Wednesday.

In a series of tweets on Thursday, Lebanese President Michel Aoun blasted Israel’s use of force in attacking targets in Lebanon on Wednesday night. The Israel Defense Forces (IDF) airstrikes on Lebanese villages underline “escalating aggressive intentions that coincide with the continuous threats against Lebanon and its sovereignty,” he stated.

Aoun contended that the assault was a “flagrant and dangerous” violation of United Nations Security Council Resolution 1701 and claimed the move was “a direct threat to security and stability” in the country’s south.

A further tweet stated that Aoun had discussed an investigation into the launch of rockets from Lebanese territory, insisting that measures will be taken. It also noted that submitting a complaint to the UN would be “an indispensable step to deter Israel from continuing its attacks on Lebanon.”

On Wednesday night, Israel undertook a series of bombing raids against targets in south Lebanon following Lebanese militant activity earlier in the day. “IDF attacks will continue and even intensify in the face of terrorist attempts against the State of Israel and its citizens,” a statement read.

The IDF also reiterated that any terrorist attacks undertaken from Lebanon against Israel were the responsibility of the government in Beirut.

Earlier on Wednesday, Israel said that three missiles were fired from south Lebanon at Israel, two of which struck Israeli territory. The IDF retaliated by firing artillery rounds back into Lebanon.

Israel’s airstrikes were the first against targets in Lebanon since 2006. No group has taken responsibility for the attacks against Israel, though the area from which the missiles were fired is a renowned Hezbollah stronghold.