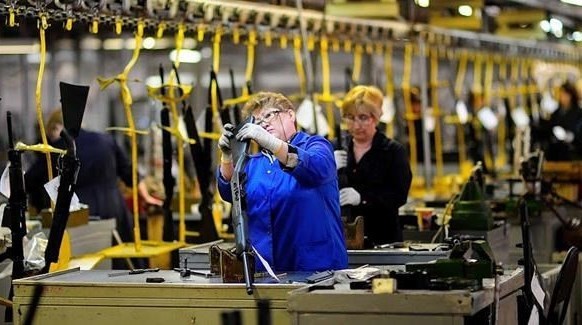 According to the Mexican Foreign Minister, Mexico has filed lawsuits against the top US arms manufacturing companies in a federal court in Boston, on Thursday.

The main goal, according to Mexican Foreign Minister Marcelo Ebrard, is to get the companies that are being sued to compensate the Mexican government for the damages caused by their practices.

He went on to say that it is up to the court to decide the amount of compensation and to set and apply verifiable standards to monitor the marketing businesses and, if necessary, inflict penalties.

Ebrard also voiced confidence in his country’s ability to win the “judicial battle” and to limit the number of illegal arms sales from the US to Mexico.

In the same context, he denounced Mexico’s illicit arms sales, which cause damage to the country, adding that the filed lawsuit will greatly diminish the process in Mexico.

Smith & Wesson, Barrett Firearms Manufacturing, Colt’s Manufacturing Company, and Glock Inc. are among the firms listed in the case, knowing that the hearing will be in a US court.

Mexico says that the US arms-producing companies were aware of the damage they were inflicting on Mexico.

It is worth mentioning that Mexican security services confiscated during their operations more than 9 thousand weapons in 2020, most of which are made in the US.