Home Politics ‘Face-off has been resolved’: India and China pull troops back from Himalayan border flashpoint 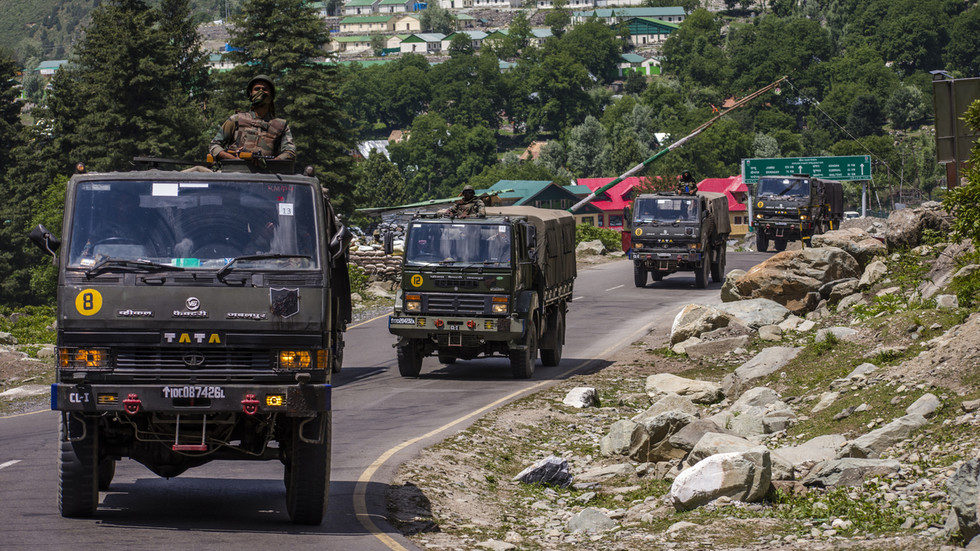 China and India have removed troops from the disputed Himalayan border region which was the site of a deadly clash between the two in June 2020, after a “phased” pullback was agreed in July, according to the Indian government.

The neighboring nations had deployed tens of thousands of additional troops into the Ladakh area of the Himalayas in the wake of a skirmish last year that killed at least 20 Indians and an unknown number of Chinese soldiers.

Announcing the troop pullback on Friday, India’s Ministry of Defence stated that both countries have dismantled “all temporary structures and other allied infrastructure” in the area, and halted any further military deployments as part of a “phased, coordinated and verified” withdrawal.

“With this [disengagement process], one more sensitive area of face-off has been resolved,” the Indian statement added.

The Chinese government has not formally addressed the troop pullback or responded to the Indian government’s statement. However, on August 2, the Chinese Ministry of National Defense announced the conclusion of a meeting with India and the reaching of an agreement over “disengagement along the Line of Actual Control in the Western Sector” – the contested area along the Himalayan border.

Following the complete withdrawal, a demilitarized zone will be established in the region, with both sides committing to not patrol the area to ensure that their military forces do not come face to face.

The Himalayan border region has been at the center of a disagreement between India and China dating back to when the states fought a war over the territory in 1962. The Line of Actual Control, as it’s known, is claimed by both sides as their territory, and runs from the western sector between Ladakh and Xinjiang, to the eastern sector between Arunachal Pradesh and the Tibet autonomous region.