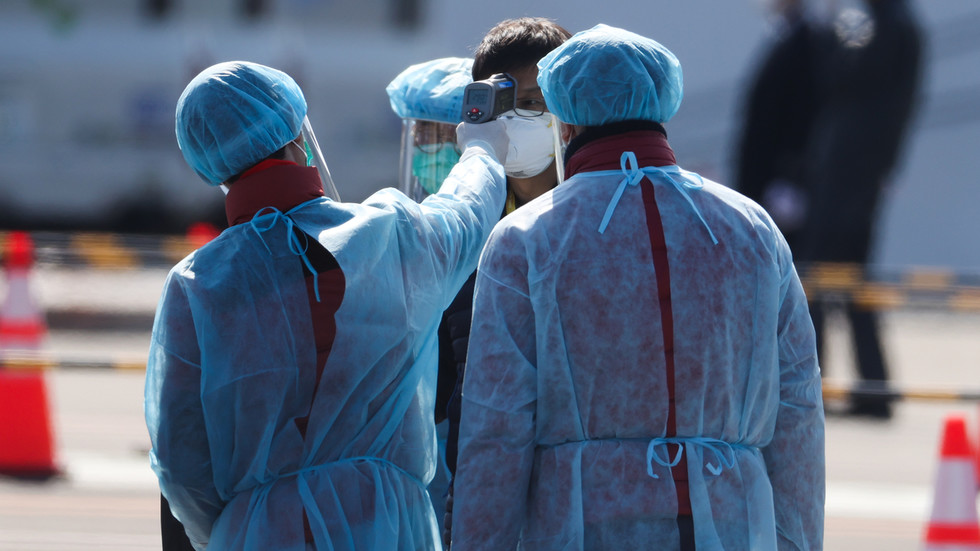 The Japanese government covered up the detection of the highly infectious Lambda variant of the Covid-19 virus after finding it during an airport screening three days before the Tokyo Olympics began, according to the Daily Beast.

On July 20, the country’s National Institute of Infectious Diseases (NIID) reported the discovery to international virus database GISAID. But an unnamed researcher from the institute, the news outlet writes, claimed that it was decided to withhold releasing this information to the public – until after the Games.

While the NIID researcher told the outlet that previous official announcements about new variant discoveries had been made between three and 11 days after they were identified, Japan’s health ministry only announced it to public broadcaster NHK earlier this week – a delay of about two weeks.

“There was a consensus at the Ministry of Health that this information would best be reported after the Olympics were over. Whether that is because they felt that it would be better to heighten public awareness when the news cycle slows down or whether this is because it might tangentially be associated with the Olympics, which is embarrassing – that I don’t know,” the NIID source told the Daily Beast.

Speaking on condition of anonymity since they were “not authorized to speak on the record,” the researcher added that, as far as they knew, the variant was “detected at an airport checkpoint and has not been in the wild [found among the general population].”

The outlet claimed to have discovered the NIID report on the GISAID website on Wednesday, after which it approached the health ministry and the institute for more information.

However, the ministry reportedly “stonewalled” them and released the information through NHK, which apparently did not mention the delay in making the announcement or offer any reason for it.

According to the news site, Japanese officials would not confirm when the “original Lambda test was carried out.” The NIID has also apparently not responded to its requests for additional information about the discovery, including whether it was brought into the country by an Olympics athlete and where the carrier has been quarantined.

However, a health ministry representative told the site that the variant had not “arrived” in the country since it was detected and quarantined at an airport – pointing to this statement as evidence that “the proper testing protocols work.” They claimed the “spread and behavior” of variants was “always” being monitored.

Citing GISAID’s transmission-tracking data, the outlet reported that the variant is believed to have been brought to Japan by an infected patient traveling via the US. Unnamed sources “close to the health ministry” told the site that a woman in her 30s traveling from Peru to Japan’s Haneda International Airport had tested positive for the Lambda variant on July 20.

The same sources confirmed that the NIID had run the tests at the airport. After the strain’s presence was verified by a testing team based in Tokyo, the data was submitted to GISAID by the institute’s Pathogen Genomics Center with Nozumu Hanaoka – a senior research scientist at the NIID’s Center for Infectious Disease Risk Management figuring among the names of those who signed off on the submission.

Last month, Tokyo University researchers had released a report that found the Lambda variant has the “potential to be a threat to human society”. The non-peer-reviewed study had found the variant exhibited high infectivity rates and increased resistance to vaccine-acquired immunity.

However, the health ministry representative told the site that there was “limited data” about how “dangerous” the Lambda variant is, which made it “difficult to compare” to the Delta variant.