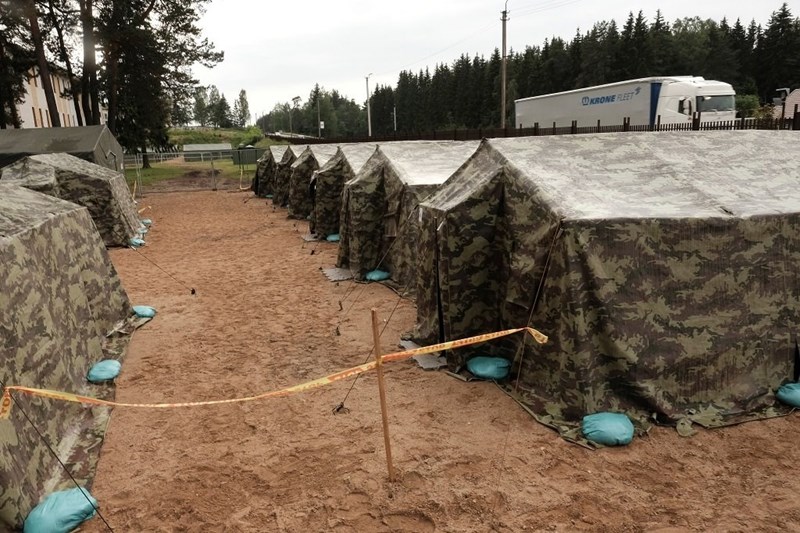 The Lithuania Ministry of Internal Affairs announced its decision to provide a sum of money to “every illegal immigrant who returns to their homeland” on Saturday.

The Lithuanian media quoted the Director of the Migration Service of the Ministry of Internal Affairs of the Republic, Evelina Gudzinskaitė, who said, “The Lithuanian authorities can pay 300 euros to illegal immigrants if they return to their homeland.”

“The amount will be paid at the airport before boarding the flight, and it will be a one-time payment,” Gudzinskaitė added. She also said that in case someone comes to Lithuania again, they will not be able to apply for the subsidy.

Lithuania has recently experienced a sharp increase in illegal immigration; the number of arrivals have surpassed 4,000 so far this year. This influx has sparked worries and protests in Lithuania; on the other hand, the immigrants protest against the poor living conditions in the camps, which are essentially army tents. The protests included the camps set up by the Interior Ministry’s training center in Rudninkai.

The Lithuanian government has strengthened legislation to allow for immigration detention and to complicate the asylum application process. This week, border guards began pushing the immigrants back to Belarus and directing them to border posts or diplomatic missions to apply for asylum.

The International Committee of the Red Cross has warned that the forced deportation of migrants trying to cross into Lithuania via neighboring Belarus is not consistent with international law.

It is noteworthy that the Lithuanian authorities accused Belarus of “facilitating the crossing of thousands of illegal immigrants to its country” – about 1,672 immigrants of Arab and Asian origins were arrested.

The president of Belarus, Alexander Lukashenko, denied the accusations. He argued that it was Lithuania that caused the influx of immigrants after announcing the intention to facilitate asylum processes in July.