Home Politics Taliban captures second Afghan provincial capital in as many days, after withdrawal of US troops – reports 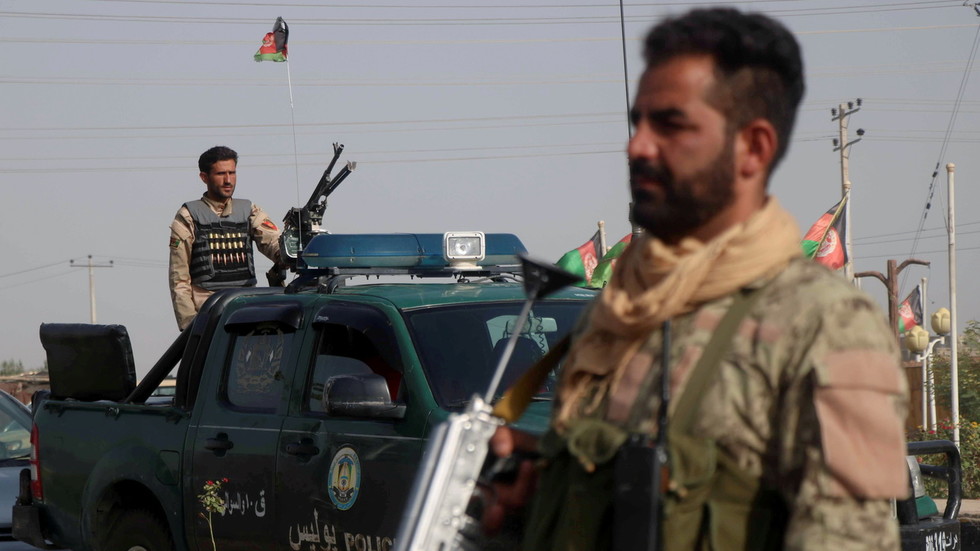 Taliban fighters reportedly entered the capital of Afghanistan’s Jawzjan province on Saturday, amid a large-scale offensive that saw the group take over the main city of the southwestern Nimroz province just a day earlier.

The militants swept through nine out of 10 districts of the northern province, which borders the former Soviet republic of Turkmenistan, before forcing their way into the regional capital, Sheberghan, local official Mohammad Karim Jawzjani told the AP news agency.

The Afghan central government said the strategic city hadn’t yet fallen and that fighting was continuing in the streets. However, sources told TOLONews the security forces were in control only of the provincial airport, in Khwaja Dako, some 17km (10 miles) from Sheberghan.

More than a dozen media outlets, including television and radio networks, reportedly stopped broadcasting in the province on Saturday. There were heavy airstrikes in Sheberghan, according to locals. They also reported that the militants had freed the inmates from the local prison.

The Taliban entrenchment in Sheberghan represents a major setback for the government, as the city serves as a stronghold of the US-allied Uzbek warlord Abdul Rashid Dostum, whose militias are supporting Kabul in the ongoing conflict.

On Friday, the Taliban gained control of Zaranj, in Nimroz province – the first provincial capital to succumb to the group. Their fighters have been filmed making victory laps around the city in the US-made Humvees they seized after the retreat of government troops.

The gains come amid a major offensive by the group, which have increased in recent weeks, starting with districts in rural areas and expanding to the provincial capitals.

The Taliban intensified its military activities and terror attacks in Kabul and other major cities as soon as US troops, who had been stationed in Afghanistan for two decades, began leaving the country. The withdrawal, the deadline for which is August 31, is currently 95% complete, according to US Central Command.

On Saturday, US warplanes were still providing aerial support to Afghan forces in an effort to contain the insurgents in Helmand and Kandahar provinces.