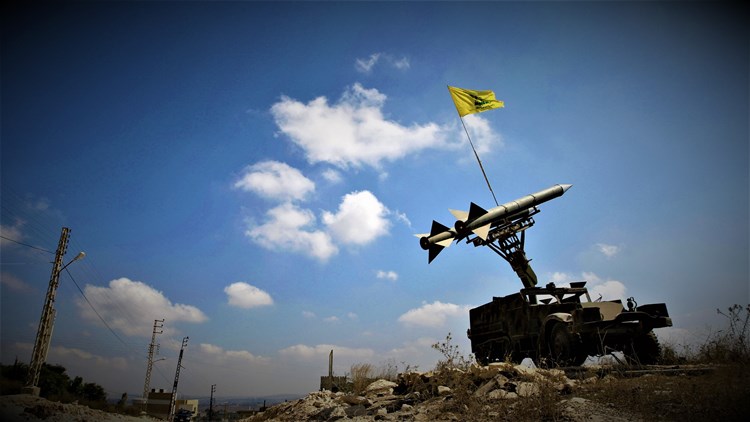 Israeli media gathered to discuss the speech of Sayyed Hassan Nasrallah, as soon as it concluded yesterday evening.

Channel 12 also reported that “Amid the tension in the north, Nasrallah threatens: every air attack on Lebanese soil will be responded to.”

The channel also quoted the former chief of the Israeli Military Intelligence Division, Amos Yadlin, saying, “Nasrallah is trying to challenge our flights in Lebanon.”

In his speech on Saturday, Sayyed Nasrallah clarified, “Our response yesterday is linked to the direct Israeli raids on southern Lebanon for the first time in 15 years…our response was within the framework of confirming the old equations of deterrence.”

Israeli Channel 13 disclosed that “After wrongful assessments about the expectations of Hezbollah’s response to the Israeli raids, the Israeli military must ask itself the difficult question about the extent to which it understands and deters Hezbollah.”

Or Heller, the military correspondent for the channel, added that “The Israeli army has to examine itself, does it understand Hezbollah’s intentions?” noting that “the assessment was that Hezbollah would restrain itself from responding to the Wednesday attacks. These assessments were proven to be invalid yesterday.”

Heller clarified, “Everyone here understands that the next raid on the north is only a matter of time.”

Sayyed Nasrallah in his speech also explained that the internal situation in Lebanon will not deter the resistance and that “Israel” should not be hopeful.

Prior to Sayyed Nasrallah’s speech, “Channel 13” claimed that his speech was a “pre-planned celebration, a victory speech.”

The channel indicated that Hezbollah forces “Are still on the other side of the border on high alert for fear of an Israeli attack, and they still believe “Israel” can respond.”

In the context of Israeli media speculation prior to Sayyed Nasrallah’s speech, “Channel 13” wondered if Sayyed Nasrallah would address the incident in the southern village of Shwaya and “threaten the people of the village,” to which Hezi Simantov, the channel’s Arab Affairs Correspondent countered, “Certainly not, Nasrallah does not threaten the Lebanese.”

In his speech, the Secretary-General of Hezbollah referred to the incident in the town of Shwaya and emphasized that the people of Shwaya and the Druze sect should not be held responsible for the attack on the resistance group.

Yesterday, Haaretz, the Israeli newspaper, disclosed that “Friday morning’s rocket fire from Lebanon was unusual, but even more so given the claiming of responsibility.”

The Israeli “Channel 12” also commented on the firing of rockets from Lebanon and said: “Israel is either deceiving itself when it says Hezbollah is deterred, or it is burying its head in the ground.”

Regarding airstrikes in south Lebanon on Wednesday, the Israeli “Khan” channel announced last Thursday that “‘Israel’s attention will be focused on Sayyed Nasrallah’s speech to find out where things will go in response to firing 4 missiles from Lebanon towards ‘Israel’.”

The Lebanese resistance responded to the attacks on Friday, by bombing the occupied lands in Shebaa. Israeli media reported yesterday the launch of 20 rockets, and indicated that “the recreation centers in the north remained relatively empty after the rockets were launched from Lebanon.”