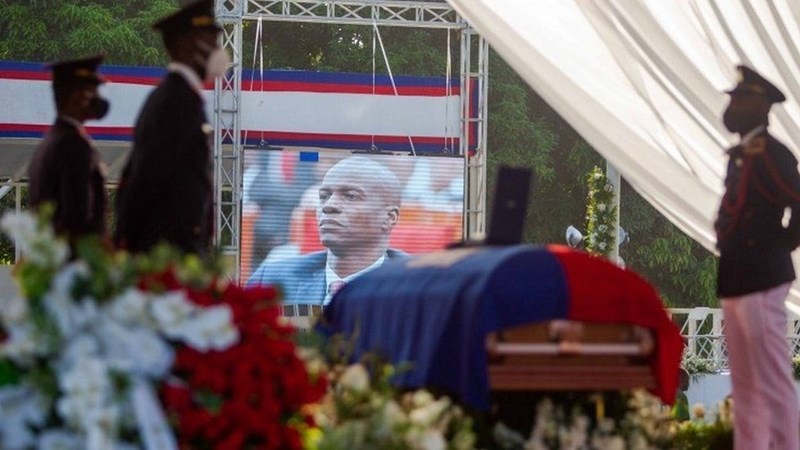 A month after he died, the Haitian judiciary has been struggling to launch an investigation into the assassination of President Jovenel Moise, as no willing judge has been found. Judges fear for their lives if they take on this sensitive case that exacerbated the chaotic situation in the country.

“It is a sensitive, political dossier. Before agreeing to investigate it, a judge thinks about his own safety and that of his family,” a Haitian judge told AFP under the condition of anonymity.

“For this reason, investigating magistrates are not too enthusiastic about accepting it,” he added.

Several magistrates have told the dean of the Court of First Instance in Port-au-Prince that they are not interested in working on the case, according to the same judge.

Senior magistrate Bernard Saint-Vil told the judges he has asked the government to guarantee their safety and has requested bodyguards.

Saint-Vil said Wednesday he would announce Thursday the name of the investigating magistrate chosen to take on the case; however, he was not able to, as a willing judge is yet to be found.

Police filed reports against several people, including a judge in the Court of Cassation, a former Senator, and a businessman.

Prosecutors in Port-au-Prince have also issued some summons for an opposition party leader, the head of Moise’s own party, and two Haitian preachers who had spoken out publicly against the late president.

On Thursday, Haiti asked the United Nations for help in conducting an international investigation into the assassination of Moise, according to the Haitian embassy in the Dominican Republic.