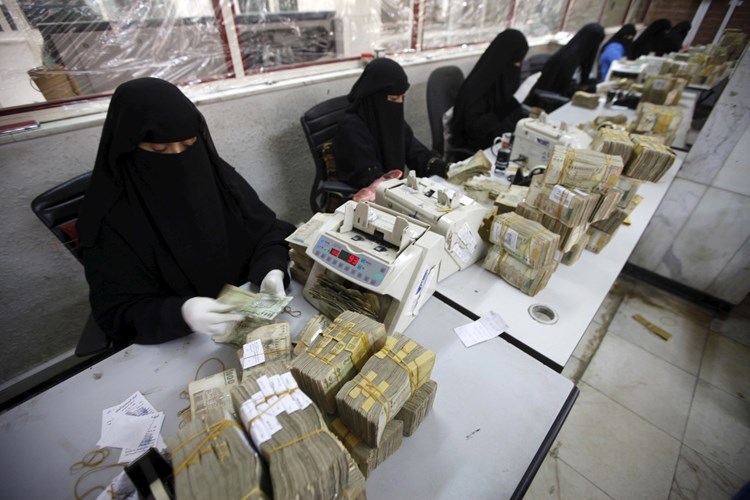 The Yemeni rial reached its lowest value rate ever against the dollar in the exchange market on Saturday in the coastal city of Aden, so much so that the dollar hit the mark of 1100 rials.

The rial’s rapid depreciation comes just hours after the Exchangers Association in Aden, southern Yemen, decided to call off the nationwide strike, three days after all exchange companies and shops closed in protest of the currency’s depreciation and the country’s general economic crisis.

The fall occurred despite strict measures and restrictions imposed by the Central Bank of Yemen on the foreign exchange industry, which were established to stop the continuing depreciation of the local currency. However, according to observers and evaluators, the efforts did not result in a favorable increase in the value of the local currency.

The Central Bank of Yemen in Aden approved new regulations for organizing the work of money exchange companies and shops in the country’s provinces.

A report issued by the United Nations Office for the Coordination of Humanitarian Affairs in Yemen stated that the Yemeni rial in areas under the control of the Hadi government lost more than 36% of its value within a year, driving inflation.

Aden’s and the southern provinces’ markets are seeing an unprecedented wave of high prices and a significant spike in the cost of all food products.

Economists warned that the continued depreciation of the local currency against the dollar would result in an “economic catastrophe” that would suffocate the country’s commercial movement, putting a heavy burden on Yemenis, the majority of them now unable to purchase basic necessities, making citizens’ lives more difficult.

Currency exchanges and dealers in Aden disclosed to Reuters that the rial price continued a “frightening” rapid decline, recording an unprecedented low in the market’s trading on Saturday evening, reaching 1050 rials to the dollar for purchase and 1055 rials for selling.

This is the worst collapse in the value of the Yemeni rial in its history since the start of the war more than six years ago.

It is worth noting that in the Yemeni capital of Sana’a, the exchange rate is fixed at 600 rials to the dollar, according to banking sources.