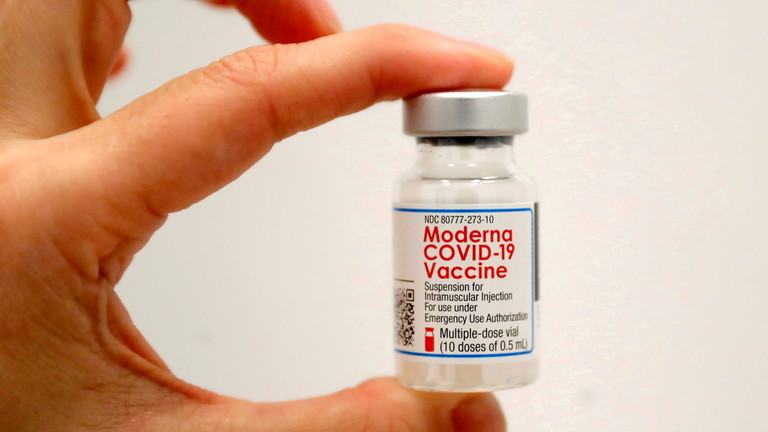 Australia’s pharmaceutical body has granted Moderna’s Covid vaccine conditional approval for use in the country in a bid to boost inoculation rates, with the first million doses set to arrive in September.

On Monday, Australia’s Prime Minister Scott Morrison announced Moderna’s Covid vaccine has been added to the country’s list of approved medicines. Australia has begun the rollout of the biotech firm’s jab to increase inoculation coverage across the country.

With the addition of Moderna’s Covid vaccine as the fourth jab in Australia’s arsenal, Morrison was optimistic that the government would be able to reach its target of inoculating 70% of its population by the end of 2021, as the first batch of one million doses is set to arrive next month.

Australia signed a deal in May to purchase 25 million Moderna vaccines, with three million doses set to arrive each month from October until the end of the year.

The announcement coincides with Moderna sharing last week that its vaccine protection remains at 93% six months after the administration of the second dose, barely changing from its previously reported 94.5% in phase-three clinical trials.

Vaccination rates across Australia remain low in comparison to other nations. There have been 13.7 million doses administered as of August 8. Some 44% of the population have received one dose, and almost 23% are fully inoculated.

Several of Australia’s states are under lockdown measures after an uptick in coronavirus cases linked to the Delta variant. Australia’s most populous state, New South Wales, has been under restrictions for seven weeks, and neighboring Victoria entered its sixth lockdown on August 5, just days after lifting Covid curbs.

Since the outbreak of the pandemic, the former British colony has recorded over 36,000 coronavirus infections, and 936 people have succumbed to the virus.