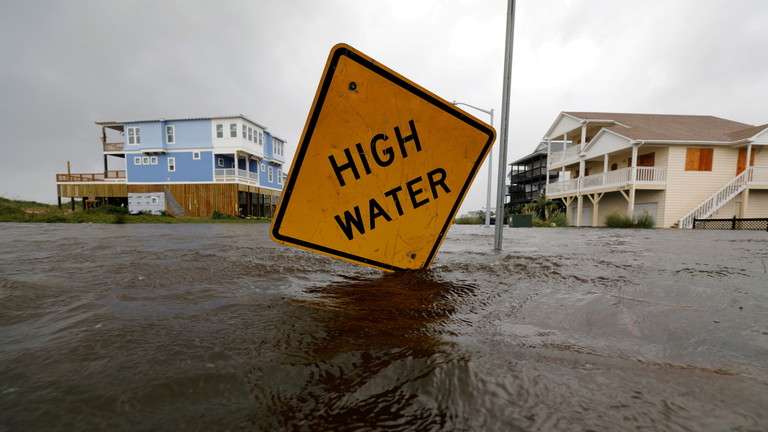 The United Nations has warned there is increasing evidence that climate change is already delivering extreme weather conditions across the world. and that many changes might be irreversible for centuries or even millennia.

“This report must sound a death knell for coal and fossil fuels, before they destroy our planet,” Guterres said in a statement, adding that “the alarm bells are deafening.”

The UN dossier draws on more than 14,000 scientific studies, providing the most conclusive evidence to date that climate change is increasing the frequency and severity of extreme weather patterns.

According to the report, humans are “unequivocally” to blame for climate change, and it notes that the present state of the climate system is “unprecedented” over centuries.

“Human-induced climate change is already affecting many weather and climate extremes in every region across the globe,” the report notes, adding that evidence of extreme weather patterns has strengthened since the last UN assessment report – the fifth on the subject.

The UN warns that temperatures will continue to rise during the 21st century under all considered emissions scenarios. Sizeable reductions in carbon emissions will be needed to prevent an anticipated 1.5 to 2C (35 to 36F) rise in global temperatures.

The report adds that the ocean and land carbon sinks are expected to become less effective at slowing greenhouse gas accumulation in the atmosphere.

The IPCC report comes just months before world leaders meet in Glasgow, Scotland, for the UN’s climate change conference, at which the body will push for major commitments to reduce emissions.

The dossier also comes after a month of seemingly endless reports of extreme weather events, including deadly monsoons in India, floods in China, heatwaves in Canada, and weather-induced forest fires in Russia, Greece, Turkey, and the US.