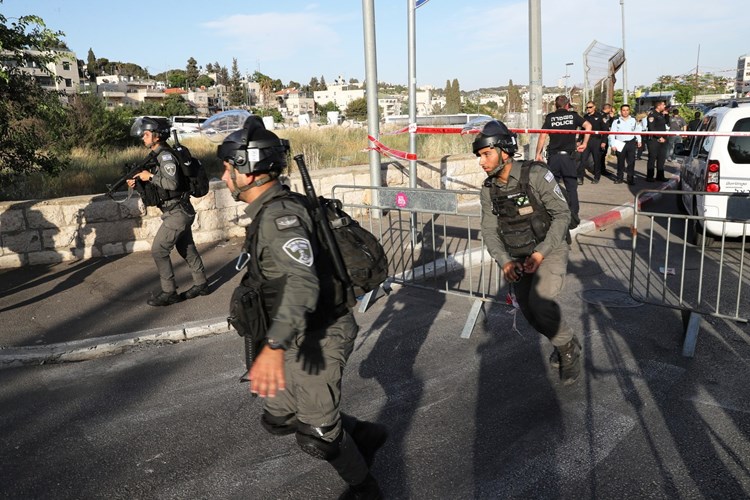 The Israeli occupation forces continued Sunday their assaults on Palestinians in occupied Jerusalem, where the IOF assaulted several Palestinians and arrested three of them at Damascus Gate.

Videos taken at the site show Israeli occupation soldiers brutally assaulting several Palestinians and threatening those attempting to defend them with their weapons.

Scores of IOF-protected settlers stormed Al-Aqsa Mosque from Morocco Gate, who then carried out provocative tours in its courtyards and performed Talmudic rituals and prayers.

Near the entrance, an Israeli settler was seen trying to uproot a tree. He then gave up and headed towards Al-Aqsa to storm the holy site with dozens of others.

In the Palestinian city of Tubas, Israeli settlers attacked civilian vehicles near the Tayasir military checkpoint. Settlers broke the vehicles’ windows as they were passing near the checkpoint, which was forcibly built on Palestinian land.

The Israeli settlers aim to establish a new settlement outpost within an Israeli camp built on Palestinian land in the east of Tubas.

Additionally, several Palestinian civilians were assaulted by a group of settlers in Beita, Nablus, where a Palestinian was injured after the IOF shot him Sunday.

Confrontations with the IOF in Nablus on Sunday led to many injuries among Palestinians. One of those injured was Imad Duwaikat, who was martyred due to being shot in the chest.

The occupation forces also raided the town of Yatta. They arrested 50-year-old Mohammad Khaled Al-Shawaheen, a Fatah member, after raiding and searching his home.